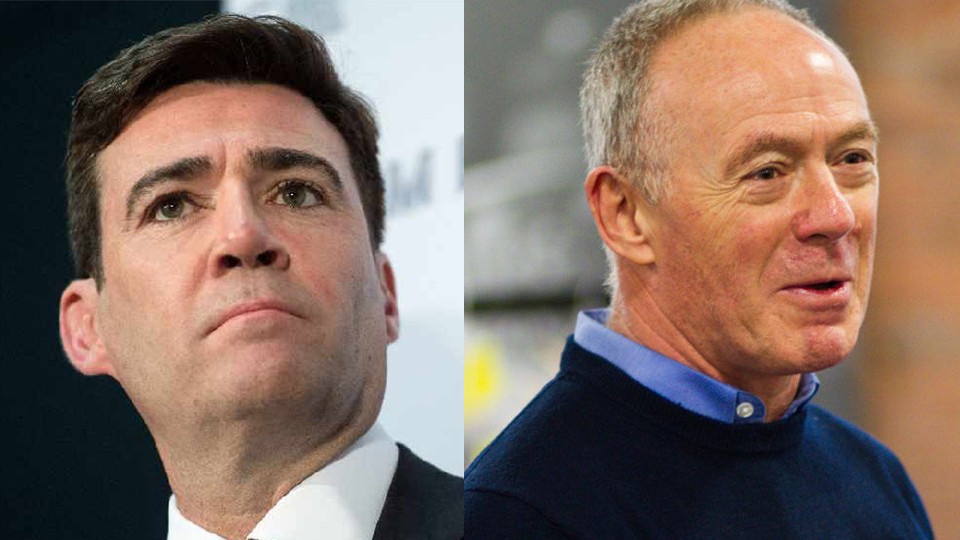 The Mayor of Greater Manchester and the Leader of Manchester City Council are among the leaders in the North who have penned a letter to the Government calling for more financial support for areas in local lockdown.

Andy Burnham and Richard Leese join the Mayors of Liverpool, Sheffield and North of Tyne say they have 'difficulties' with the Chancellor's financial package which they have been told is 'final and not up for negotiation'.

Ahead of today's scheduled top-level restrictions announcement by PM Boris Johnson, the letter says: "Despite many requests, it has taken a long time for the Government to recognise that a proper support package for people and businesses affected by local restrictions would be needed.

"When it finally appeared late Friday, it was not sufficient to protect our communities through the challenging period which lies ahead.

"Specifically, we cannot understand why people whose place of work is forced to close by Government imposed restrictions are only being offered two thirds of their wages."

They added that low-paid staff who work in hospitality 'do not have the luxury' of living off two thirds of their wages.

The letter added: "Earlier this year, the Government set its national furlough scheme at 80%.

"We can see no justifiable reason why the local furlough scheme should be set at 67%.

"To accept it would be to treat hospitality workers as second-class citizens and we think that is wrong. Many of these workers have already faced severe hardship this year."

The leaders also picked holes in when the scheme would come into play, adding: "On top of this, the timetable for the introduction of the scheme also presents a major problem.

"It will start in early November which means that payments will not be made until early December, six weeks after businesses have been forced to close.

"We also have serious concerns that the local furlough scheme will be limited to businesses forced to shut.

"There are many other businesses who supply the hospitality sector who will see their own trade collapse if their customers are to close.

"In fact, the effect of restrictions might be to choke off footfall in many of our towns and cities and many more businesses and venues such as theatres, arenas and cinemas are likely to be impacted by new restrictions.

"We believe that any local furlough scheme should be much more widely available to businesses in areas with the highest level of restrictions who can demonstrate a severe impact on trade arising from them.

"In addition, we believe that financial support should be extended to those areas in Tier 2.

"Many businesses and individuals will be impacted by the proposed measures included in Tier 2, and indeed by limiting financial support to Tier 3 only, it could create a perverse incentive for areas to move into Tier 3 to support local businesses.

"It is also regrettable that there is no additional support on offer for people who are self-employed.

"Closure of hospitality businesses will have a severe knock-on effect on people working in the taxi trade and security.

"Many of those people are self-employed. We believe that there needs to be a local self-employment support scheme to recognise this.

"Finally, we are also worried that the more general business support package is woefully inadequate.

"Whilst we acknowledge the Chancellor’s move in increasing the existing payment to businesses forced to close in lockdown areas, £3,000 per month - or less for many smaller businesses - may not be anything like enough to prevent businesses from collapsing after what has already been an extremely difficult year.

"Many are now on a knife-edge and this payment will not be enough to save them.

"Again, we fail to understand why a local lockdown does not attract a business support package equal to that provided during national lockdown given that the effect is the same.

"More broadly, tougher local restrictions will have an impact on businesses across the local economy and we believe that there is a strong case for a discretionary grant scheme under the control of local authorities to help them.

"Councils across the North have already been hit by millions of pounds in extra costs and lost revenue, with only around a third of that being covered by central Government so far.

"For the reasons we have given above, to accept the Chancellor’s package at this point would be to surrender our residents, your constituents, to severe hardship in the run-up to Christmas.

"We are not prepared to do that."

The leaders added that there's a risk of 'significant redundancies' and 'multiple business failures' that would cause long-term damage to the economy in the North.

They're asking the Government for a vote on the financial package and implement improvements.