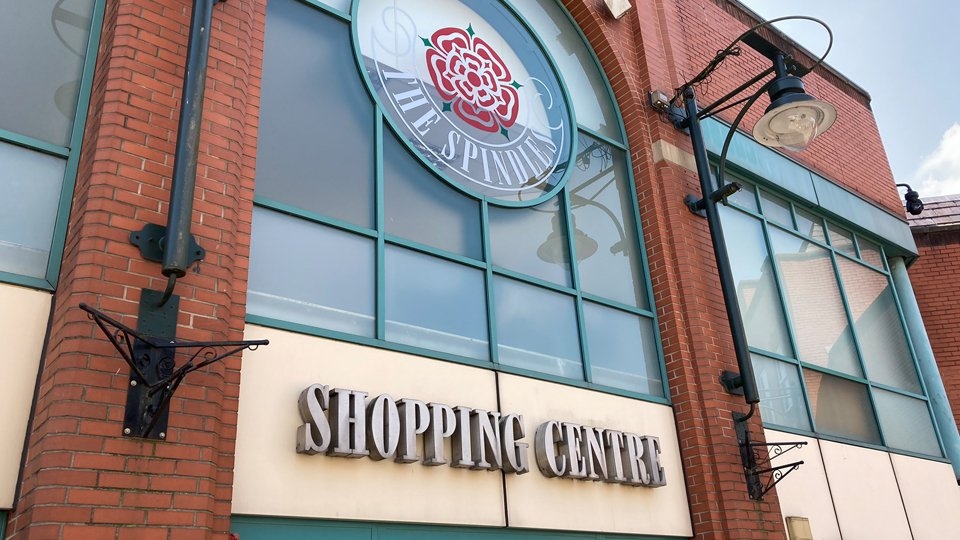 Oldham’s Spindles shopping centre has been bought by the council for ‘millions’ in a move which will see Tommyfield Market relocated and a new town centre park created.

The town hall has announced the purchase as part of its £306m ‘Creating a Better Place’ strategy to regenerate the borough, which is being funded from capital expenditure.

Due to ‘commercial sensitivity’ reasons, the council would not confirm how much it paid for the shopping centre complex.

However, council leader Sean Fielding told the Local Democracy Reporting Service it was an ‘absolute bargain’.

“It’s a one off purchase today, but in terms of the amount of money it will save the council on an ongoing basis it will run into the tens of millions of pounds, far in excess of what we paid for it,” he said.

“So overall it is a good deal.”

Bosses say Tommyfield Market, which is currently based on Henshaw Street, will be relocated into a more ‘prominent location’ as part the refurbished Spindles Town Square Shopping Centre.

The council is also planning on moving ‘hundreds’ of its own staff into the empty office spaces in the mezzanine floors of the shopping centre.

“We’re not buying the shopping centre as an income generating investment in a retail asset, we’re buying it as a regeneration asset and to get control of the biggest building in the centre of Oldham,” Coun Fielding said.

“This is about re-purposing that centre to put in our staff, to put in the market, to put a range of other things in so that we can consolidate the town centre and make it more sustainable over the longer term.

“There is nothing that will support Oldham town centre’s economy better than siting hundreds of our own staff directly above the shops that we want them to spend money in.”

Acquiring the shopping centre will also ‘unlock’ brownfield sites within the town centre for housebuilding, according to the council.

The market hall, which was built in the 1990s, will be demolished and a new ‘linear’ park will be developed from the market site to the former Sports Centre site, with new homes to be built around it.

The new ‘green corridor’, which will take over the pedestrianised route the runs behind the Primark store, will boost access to green space in the town centre for visitors and residents. 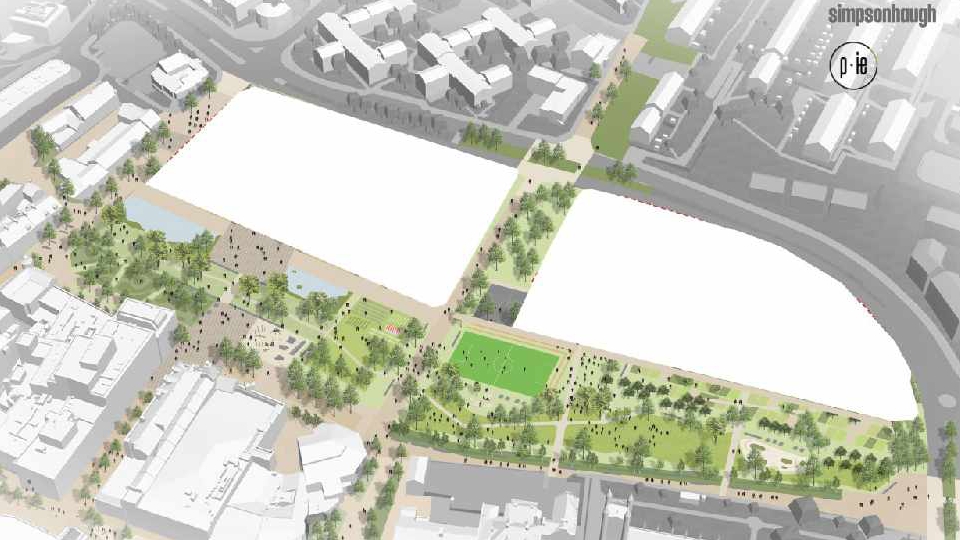 A graphic of how it could look released by the council (above) envisages playgrounds, football pitches, planting and water features.

Coun Fielding said: “It will be the only linear park in the centre of a major town centre in the north of England as far as I’m aware, so it will be a real selling point for our town.”

The ambition of the local authority is to build around 2,500 modern homes in the heart of Oldham.

The long-term plan is to see the Civic Centre site transformed into a residential development, so the move of staff to Spindles could be the first step to decommissioning the iconic tower.

Chiefs say the purchase of the shopping centre will be ‘self-financing’ as the plans will help release ‘operating efficiencies and budget savings’ from other land and property owned by the council.

For the time being the centre, which has a range of clothing, technology, stationary, finance and cafe and coffee stalls, will continue to be run by the existing property management company.

Coun Fielding said that cabinet agreed the budget for the acquisition of a town centre property ‘a number of months ago’ in a private Part B meeting.

“Prior to Covid and lockdown we’ve been in talks about purchasing the Spindles Shopping Centre and we’ve finally completed at the back end of last week,” Coun Fielding said.

He added that the occupancy rate for shops within the centre remained ‘relatively high’ despite the challenges in the retail market.

“This isn’t about buying that to make money, although we will save a lot of money as a council as as result of the things that we’re going to do with it,” he said.

“So residents don’t need to be concerned that the challenges the retail market is facing will mean that that we have bought something that is going to cause us a problem because the retail market was assessed and all the appropriate due diligence was done.

“People can be confident that this is a good buy for taxpayers in Oldham.”

Over the coming months the council will continue to work with its development and delivery advisors CBRE to progress redevelopment options ahead of a wider public consultation and engagement exercise.