You are Here: Home » News » Main News » Building that once housed a ‘brothel’ to become a cafe

Building that once housed a ‘brothel’ to become a cafe 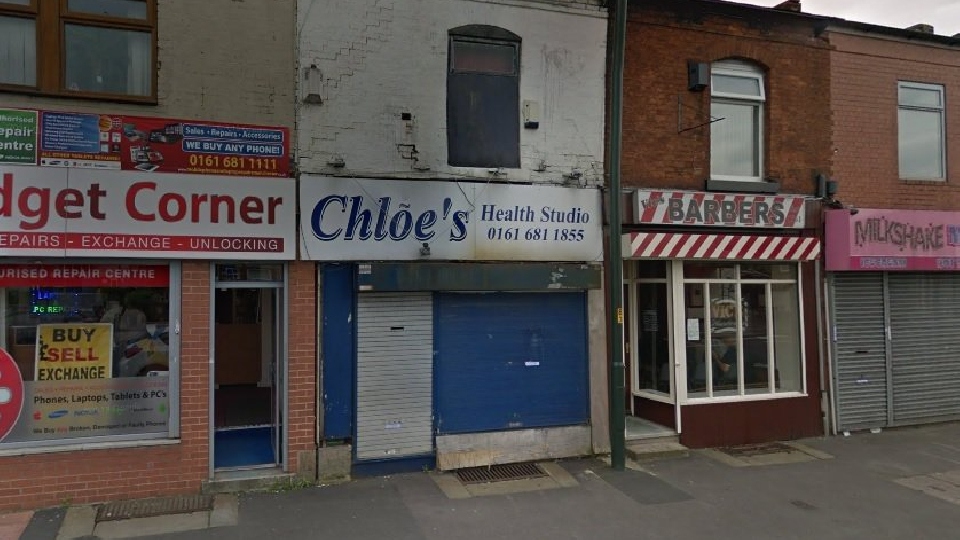 A former ‘brothel’ on an Oldham high street is to be given a new lease of life as a cafe.

Planning chiefs have approved plans to convert the building in Failsworth from an ‘adult shop’ on the ground floor to a cafe, with a new shop front.

Number 768 on Oldham Road is currently empty, but had been previously known as ‘Chantelle’s’.

Until around 2016 it was called ‘Chloe’s’ and was advertised on its signage as a ‘health studio’.

A neighbouring business confirmed it had been running as a brothel – ‘a place where men can go’ – for many years.

However it had been vacant since around 2019, and was listed for sale seven months ago.

The 1960s building sits on the Failsworth High Street, near to the Hollinwood tram stop.

A design and access statement, submitted along with the application to convert the shop, states: “Currently, on the ground floor is [a] former adult shop or retail store of some sort that is out of date and in disrepair.

“The property has deteriorated since last use. The property requires a facelift, full renovation of the internal from ground, upper including a new roof.”

A new counter and display unit will be installed on the ground floor with preparation of food to take place in the back of the unit.

There will be a separate entrance from the front leading to the existing first floor flat.

The new cafe would be open from 8am until 6pm, Monday to Friday, and from 10am until 6pm at weekends.