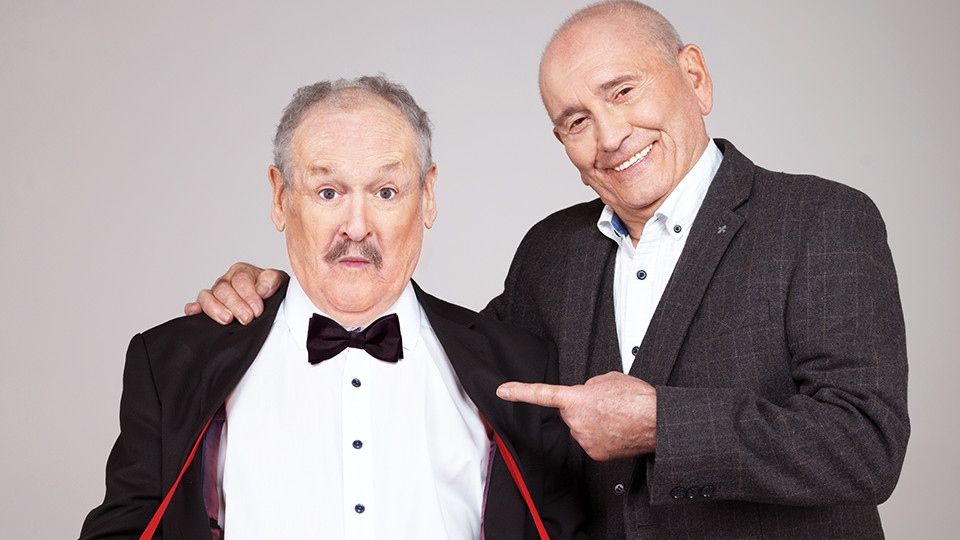 Tributes have been made to Oldham-born Bobby Ball, who has died at the age of 76 after testing positive with coronavirus.

His manager, Phil Dale, confirmed that he passed away at Blackpool Victoria Hospital last night (28th October) at around 9.30pm.

His wife Yvonne has thanked the 'wonderful' hospital and staff who 'did everything possible for him'.

She added that "the family and Tommy would like to express their sincere thanks to the many, many people who have been fans of Bobby and they know that they will all share in part the great loss and total sadness that Yvonne, the family and Tommy all feel".

His on-screen partner Tommy Cannon has called him a "good friend" adding he was "devastated" at the news.

The 'local legend' will be sorely missed by many, both in the world of entertainment and in his personal life as well as members of the public who found joy in his performances.

Oldham Chronicle reporter Ken bennett spoke to Saddleworth-based theatrical agent Stuart Littlewood was the comedy duo’s agent for 25 years and set them on the road to stardom.

He said: “I changed their name from the Harper Brothers to Cannon & Ball and persuaded London Weekend TV to take a chance on them.

"Bobby had funny bones and was a brilliant comic. Tommy was the perfect foil.

“A real comedy genius has passed. A very sad day.”

One local said: "RIP Bobby. you have given us many a laugh over the years" while another added, "what a sad day. Saw him and Tommy many times, such a funny man. Was brilliant as Lee's dad in Not Going Out and also in Mount Pleasant. Will be greatly missed. RIP Bobby."

Comedian Jason Manford says he was a "hilarious man", while Les Dennis has described him as a "true entertainer".

Oldham Council said: "Very sad news about one of Oldham's very own. A great actor and comedian who will be sadly missed by us all!"

While MP for Oldham West and Royton Jim McMahon commented: "Very sorry to hear of the passing of Bobby Ball, Oldham born, he gave so much entertainment throughout his life My thoughts with his family and friends."