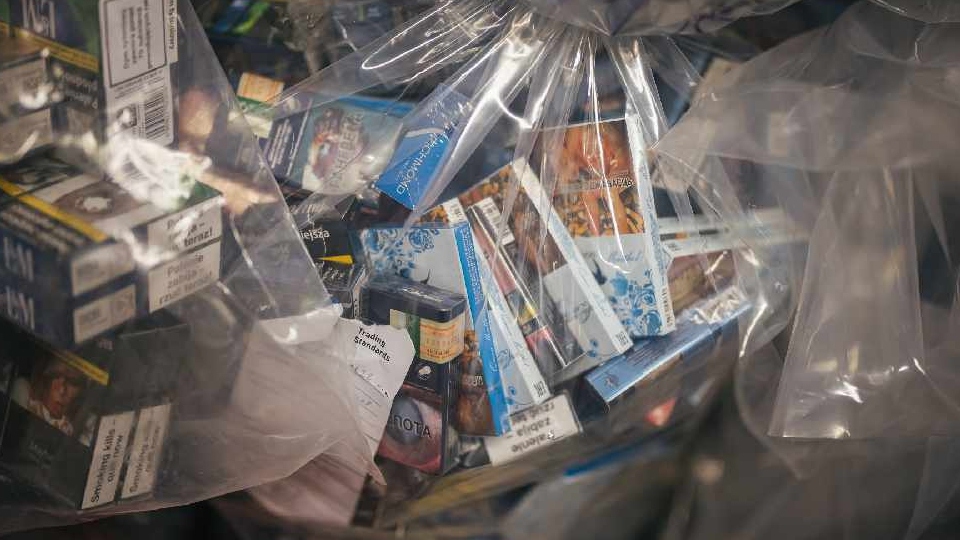 The illegal tobacco industry, as well as the world of organised crime which feeds off it, has continued to thrive throughout lockdown

Almost two million fake cigarettes and more than 100kg of illegal hand rolling tobacco have been seized across Greater Manchester during the Covid-19 pandemic.

The illegal tobacco industry, as well as the world of organised crime which feeds off it, has continued to thrive throughout lockdown.

All tobacco sold locally as ‘duty-free’ will almost certainly be illegal, enforcement officers in the city-region have warned.

But police and local authorities are fighting back to expose the illegal tobacco market in Greater Manchester by acting on intelligence provided by the public.

Between March and October this year trading standards were alerted to 207 reports of fake tobacco being sold across the conurbation.

Subsequent seizures by trading standards officers led to a bountiful haul of illicit goods, including the largest ever single seizure in Greater Manchester.

New footage has also emerged of a raid on a shop in May where illegal tobacco was being sold ‘under the counter’.

Kate Pike, who coordinates trading standards offices in the North West, said: “We found illegal tobacco behind a locked door in a grubby stairwell.

“A sliding hatch went through to the shop, so illegal tobacco could be passed through to whoever was behind the counter.

“We found a staff house where lots of people were sleeping on the floor – this is the real human cost of ‘cheap’ cigarettes or tobacco.”

Ms Pike added: “Recent reports of illegal tobacco show that smuggled and often fake products continue to be sold across Greater Manchester, during lockdown, when overseas travel is restricted.

“This shows that, contrary to popular belief, it’s not just duty free being sold on the illegal tobacco market.

“These highly addictive tobacco products are being sold by organised crime gangs with links to human trafficking, loan sharking and the drugs trade. “

The crackdown has also coincided with ‘Keep It Out’, a campaign launched as part of the illicit tobacco programme run by the Greater Manchester Health and Social Care Partnership (GMHSC).

The aim of the campaign is to highlight the often forgotten human cost associated with the trade, namely the lives of the communities and individuals – often children – caught up in it.

Andrea Crossfield, who leads the programme at the GMHSC, said: “All tobacco kills, but illegal tobacco is getting kids hooked on a lethal addiction and cheaper prices undermine smokers’ quit attempts.

“Whether legal or illegal, all tobacco contains a toxic cocktail of chemicals which will kill one in two long term smokers.”

Overall, the size of the illicit tobacco market has reduced significantly in the last decade.

The latest government figures show the estimated amount of illegal cigarettes consumed has reduced by half from 5 billion illicit sticks in 2010 to 2.5 billion in 2019.

To report the sale of illegal tobacco  anonymously, call Crimestoppers on 0800 555 111 or visit keep-it-out.co.uk