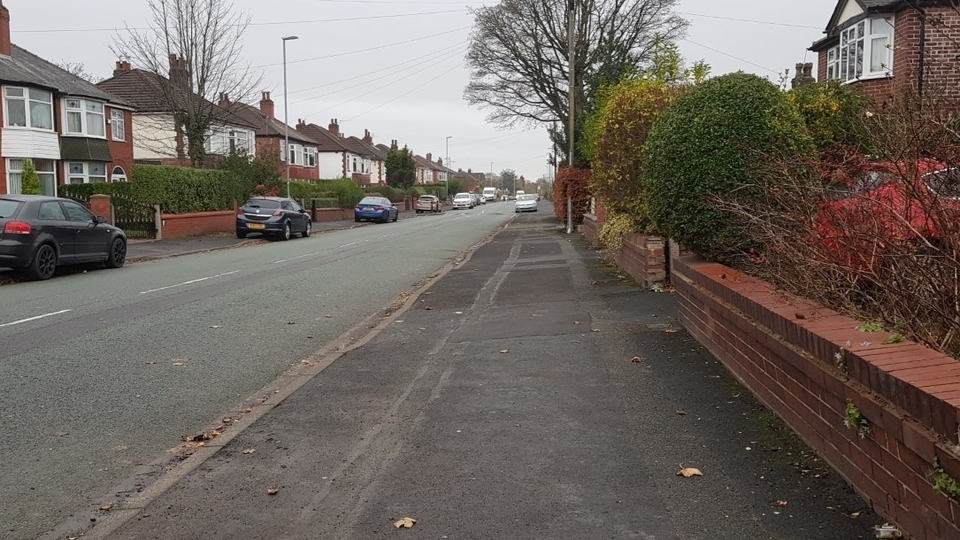 Owler Lane in Chadderton is often littered with dog mess

The scourge of dog fouling is blighting the lives of many south Chadderton residents, and they are seeking more action to combat the issue from Oldham council and local councillors.

Parks, footpaths and green space areas are regularly littered with dog mess, and residents are clearly fed up with it.

One unnamed resident told the Chronicle: "The situation is very, very bad, and I believe that some dog walkers are even placing mess in areas where people have complained about it.

"This includes areas such as around Mough Lane, Owler Lane, Broadway and Welbeck Avenue.

"The council and environmental health are well aware of this problem, and so are the local councillors.

"The green spaces have just had a protection order placed on them, but the problem still remains.

"We ask you to please keep in mind the dangers of dog fouling and the health issues that can come from it.

"I know that children play in these areas and this is a great danger to them.

"Lots of local residents are aggrieved with it and complaints have been made about it .

"Personally, I worry sick for the children who play in these areas in case they get it in their eyes.

"Mothers and old folk are getting it on pram wheels and scooter wheels - it’s disgusting."

A recent national survey revealed that 40% of dog owners still aren’t taking responsibility for their dog and cleaning up its mess.

It is law that dog owners pick up after their pets and yet so many show little respect for the environment and others by not abiding to it.

If your dog fouls in a public place, you must clean up the mess under the Dog Act 1996.

People who don’t clean up after their dog can be given an on-the-spot fine.

The amount of the fine varies between different local authorities, but is often £50 and may be as much as £80.

If a person refuses to pay the fine, they can be prosecuted and may face a court appearance with a maximum penalty of £1,000.

Dog waste is an environmental pollutant.

Just 30g of dog mess can contain over 23 million microorganisms of bacteria.

That’s twice as much as human faeces.

Picking up after your dog helps reduce the likelihood of its faecal bacteria ending up in an increasingly contaminated water supply.

Disease and viruses such as E.Coli and Coccidia can be spread in dog faeces, possibly passing it on to humans, especially children playing in mess prevalent areas such as parks and woods.

Councillor Barbara Brownridge, Oldham Council Cabinet Member for Neighbourhoods and Culture, said “The simple fact is, if people cleaned up after their dogs there would not be an issue – in Oldham and nationally.

“It’s unhealthy and unsightly and it is difficult to understand why people would deliberately place mess in an area, and if there is any such evidence to support this claim residents are urged to contact the Council’s enforcement team.

“It's an offence not to clean up after your dog fouls and you can be fined up to £100.

“If you can’t find a bin to dispose of the waste be responsible and put it in your grey bin at home then wash your hands.

“If you witness this offence report it immediately via: www.oldham.gov.uk/dogfouling.”