You are Here: Home » News » Main News » Oldham shop owner threatened with a machete during robbery

Oldham shop owner threatened with a machete during robbery 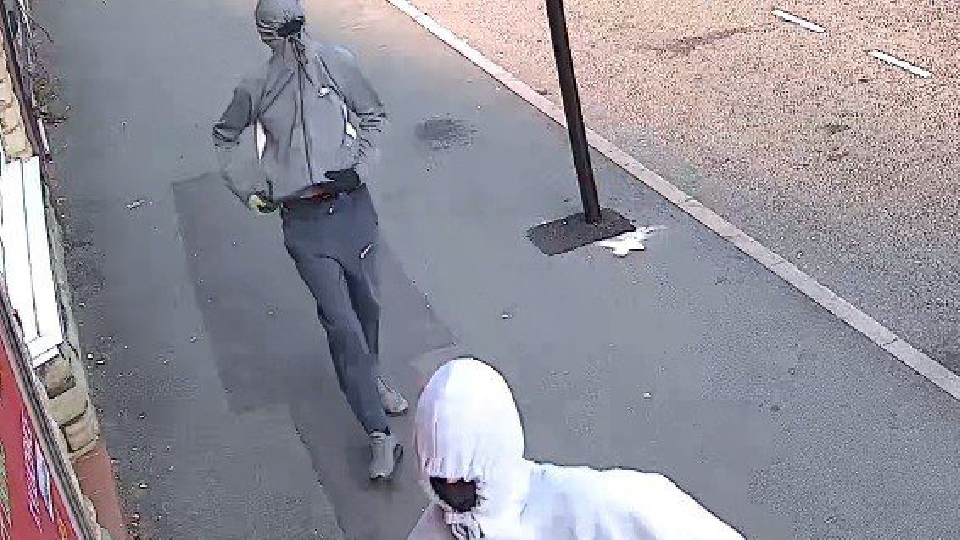 Greater Manchester Police are looking for these two men in connection with the robbery back in September.

Greater Manchester Police Detectives have released CCTV images of two men they would like to speak to following a robbery in Oldham.

It was at around 5.45pm on Monday 21st September when officers were called to a report of a robbery at News Food and Booze off-licence on Beal Lane in Shaw.

Two men, armed with a machete and a knife, threatened a shop owner in his 40s and stole a large quantity of cigarettes and cash.

They made off on foot in the direction of Mark Lane.

The pair have been described as white. One of the men was approximately 6ft tall, slim build and was wearing a light coloured Armani hoodie, dark jogging bottoms, dark coloured gloves and dark coloured trainers.

Detective Constable Craig Bowring, of Oldham's CID, said: "This robbery left the shop owner extremely shaken up and we're keen to bring those responsible to justice.

"The incident took place at a business situated on a busy road and cars may have driven past and saw the two men. Though you can't see their faces in the footage - someone may recognise their clothing.