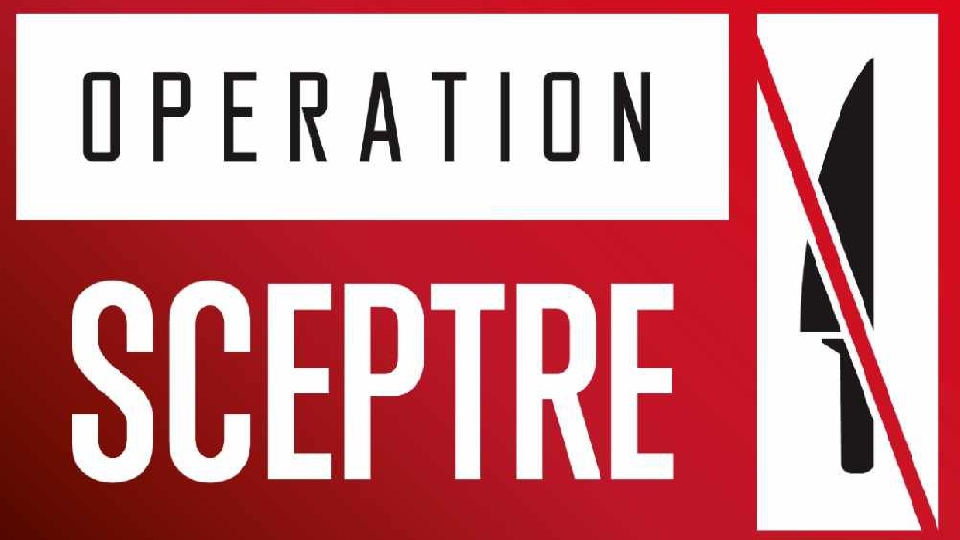 The force also made more than 80 arrests during the week long campaign.

During the Operation Sceptre national week of action, which ran from Monday 9 – Sunday 15 November 2020, the force spent the week tackling knife crime as part of their continued effort to reduce serious violence across Greater Manchester.

Operation Sceptre is the national anti-knife crime campaign which takes place twice a year. Throughout the week-long campaign, activity is focused on taking knives off our streets and, ultimately, reducing the number of people involved in knife crime. This is achieved with educational talks in schools and colleges, stop and search activity - where appropriate, knife sweeps, high visibility patrols, warrants, and visits to habitual knife carriers.

When it comes to tackling knife crime, community engagement is as equally important as the operational activity that we conduct. With this, throughout the week of action officers engaged with hundreds of youngsters from our local schools, educating them of the dangers and consequences of knife crime.

As a result of the proactive policing activity which took place during the course of the campaign, 82 people were arrested with 29 relating to knife offences.

Officers also seized a total of 170 knives/ bladed articles from members of the public. This total includes 13 knives which were recovered from 118 weapon sweeps of open spaces, and those from searches and visits to various addresses across Greater Manchester. 114 knives were also deposited in the force's Forever Amnesty bins which are situated at various locations across Greater Manchester.

Superintendent Chris Downey, GMP's knife crime lead, said: “The success of the Op Sceptre campaign is down to the continued work that we do in our communities, in raising awareness about the dangers of knife crime and also enforcing the law where necessary.

"Sadly this year as part of both Op Sceptre campaigns, we have had to reduce our engagement activities with the public due to the ongoing Covid-19 pandemic. Despite the challenges that this year has brought, we have continued to use proactive policing and investigative work to target those involved with knife crime.

“I would like to stress that the work around tackling knife crime does not stop at the end of Op Sceptre – we are never complacent. Each and every day, we are working hard alongside partners to disrupt and deter knife crime across Greater Manchester. We will continue our concerted efforts with local authorities, youth services, health, education and schools, as well as other criminal justice partners, to work together with our communities to tackle this issue that brings so much suffering and heartache to people's lives.

"It is easy to say knife crime is a police problem, but we all have a part to play in tackling knife crime in our communities. With this, I would like to thank the public for your support and I encourage you to continue to provide us with any information or intelligence that you may have, as this supports the work that GMP and our partners undertake in our fight against knife crime and allows us to take the necessary action to minimise the devastating impact it can have on our communities.”

Bev Hughes, Deputy Mayor of Greater Manchester for Policing, Crime, Criminal Justice and Fire, said: “The success of this operation over the last week reflects Greater Manchester’s concerted effort and determination to rid our streets of weapons and keep our communities, particularly our young people, safe from violent crime.

“I want to thank Greater Manchester Police and the other agencies involved, but I also want to thank local people. Their support is key in helping to raise the awareness of the consequences of violent crime, and ultimately building stronger and safer communities.

“Through our Violence Reduction Unit, the police, local authorities, youth services, health, education and schools, as well as other criminal justice partners, continue to work together to embed a community-led approach to prevention and enforcement.”

Home Secretary Priti Patel said: "Knife crime and serious violence are a scourge on our society.

"The results achieved by Greater Manchester Police as part of Op Sceptre have shown their commitment to confronting this threat head on. The police have my full backing in the fight against violent crime and I will ensure they have the powers and resources they need.”

If you have any information or concerns in relation to knife crime, please call 101 or contact us anonymously via Crimestoppers on 0800 555 111. Always call 999 in an emergency.