You are Here: Home » News » Main News » 17 tons of rubbish fly-tipped on road in Oldham

17 tons of rubbish fly-tipped on road in Oldham 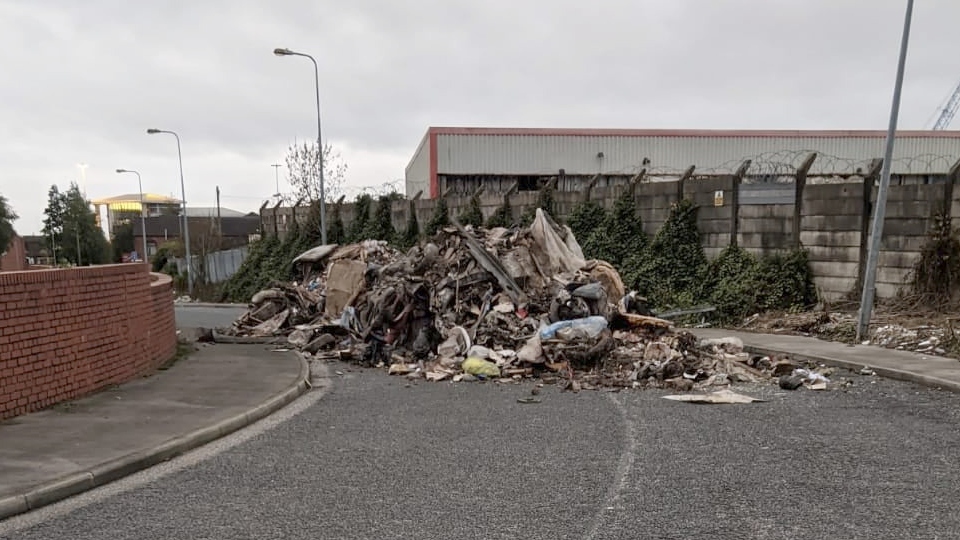 The big pile of rubbish was dumped on Cowling Road.

Town hall bosses have slammed the actions of ‘selfish individuals’ after a massive 17 tons of waste was dumped on an Oldham road.

Yesterday Oldham council reported that Cowling Road in Chadderton was blocked by a huge pile of rubbish which had been fly-tipped overnight.

The local authority said it would look for evidence and take action if it found any against the perpetrators.

The amount of waste that was left was a staggering 17 tons, the council confirmed and removing it will cost more than £3,000.

Councillor Barbara Brownridge, cabinet member for neighbourhoods and culture, said: “There’s no excuse for fly-tipping. It’s a blight on the borough and clearing it up costs every council tax payer.

“Our teams, despite having to work in difficult conditions due to the coronavirus, are doing their bit to keep the borough clean.

“Unfortunately a few selfish individuals continue to dump waste at a time when everyone should be pulling together.

“Our officers investigate all incidents reported to us and if we find evidence linking it to anyone, we’ll take action.

“If you pay someone to take away your waste check they have a waste carriers licence. If they don’t and the rubbish is later found dumped then you could be the one in trouble.”

The council stated that it cost of £2,600 to get rid of the illegally dumped rubbish.

However this figure does not include council officer time and cost of tyre removal so the total expected cost is to be more than £3,500.

Residents can report incidences of flytipping at www.oldham.gov.uk/flytipping.