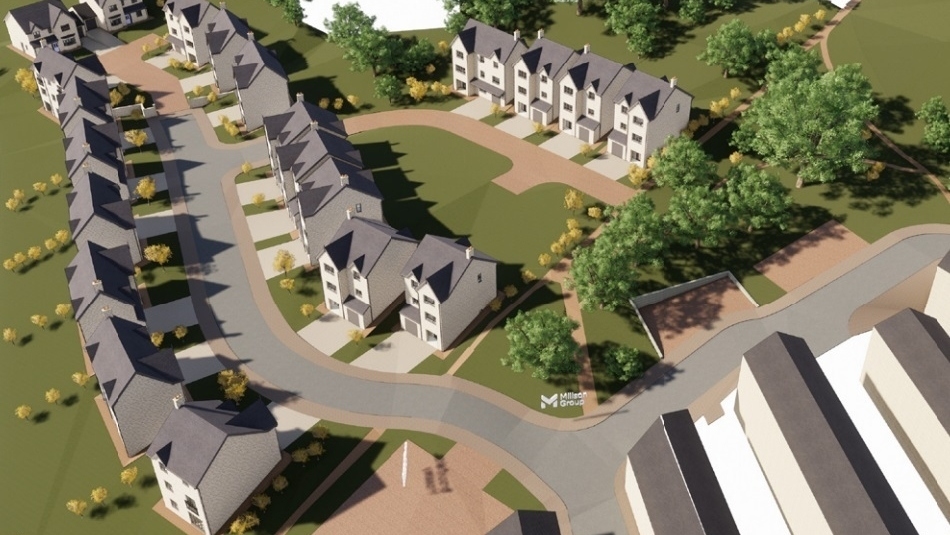 The site in Mossley which will be developed

Hundreds of people who objected to ‘insane’ proposals for a new housing estate have been victorious after councillors went against officers’ advice to reject the plans.

The application to build 21 family homes on green field land at Brookfields in Mossley had sparked a huge outcry, with concerns over loss of wildlife habitat and ‘chaos’ on local roads.

Officers from Tameside’s planning panel had recommended the plans for approval at the meeting on Wednesday, November 18.

A petition signed by 564 people, and more than 300 objections had been received in the days before the committee meeting, with some recent opponents arguing that the proposals ‘undermine democracy’.

However, a majority of councillors agreed that the highways issues the development would cause around Stamford Road, and the loss of the open space and residential amenity justified refusal.

The development by Clements Court Properties Limited was planned to comprise of four and five-bedroom properties which would be a mixture of two and three storeys high.

It would have been built around two cul-de-sacs with access taken from Spring Street, and temporary construction access proposed from Stamford Road.

Objector David Jones told the panel that the most contentious issue was the proposed access to the site from Stamford Road which he described as ‘insane’.

“If you include the comments on the planning portal, 300 written objections and 600 signatures on the petition that means there has been more than a thousand objections to this proposal which is representative of an incredible public outcry against it,” he said.

“It is the single most inappropriate and dangerous place in the whole of Mossley to undertake any such work.

“It would be an accident or a death waiting to happen. It would be chaos on a scale that you can’t even imagine, it would gridlock the whole town.

“This town has very few green spaces remaining that can be accessed by the public and we simply will not tolerate any more aggressive development.”

“This by far is one of the most concerning developments I have come across,” she said.

“This application would cause absolute havoc to the town if approved; it would be a logistical nightmare, both for the developer, residents, drivers and the council.

“It would be a detriment to the people and residents of Mossley.”

Philip Millson, speaking on behalf of the applicant, said that the 21 homes proposed would help fill a gap in the market for larger family homes in the local area.

“In my experience the lack of larger contemporary family homes means that many families moving up the property ladder relocate to Saddleworth or South Manchester, and doing so take their spending power and contribution with them,” he said.

“We have clearly demonstrated that there are no issues around ground stability, or drainage and we have confirmation that the site can be developed.

“What is now overgrown scrub-land in private ownership will be transformed into safe places for children to play.

“We believe that the development will contribute to the protection and enhancement of natural habitat.”

Mr Millson said they had made a number of changes to the plans in consultation with residents, including reducing the number of houses from 35 to 21, and they were proposing to use modern construction methods.

“We believe that the benefits the development will bring to the community of Mossley and Tameside far outweigh the temporary inconvenience which will occur while the houses are built,” he added.

Planning officer Steven Kirkham said it was proposed to retain an area of land, around 45pc of the entire development site, as managed public open space.

“The site’s green space function has been reviewed and it’s not considered to be of strategic importance with Mossley being well served with this particular typology of open space,” he said.

“The local highways authority have reviewed the proposals and are satisfied with the arrangements.”

However, Coun Jack Naylor moved that they refuse the application, which was supported by seven other councillors, with four voting against.

Clements Court Properties will have the opportunity to appeal the decision.