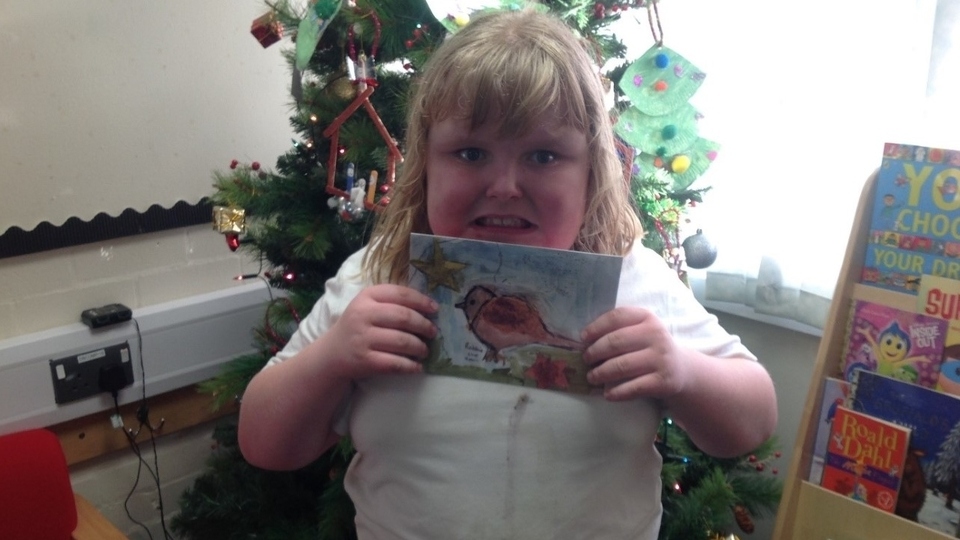 Eight-year-old Kieran, who attends Greenside Primary School in Droylsden, emerged victorious thanks to his colourful entry featuring Robbie the Robin.

Ms Rayner, Labour’s Deputy Leader, invites primary school children across Ashton, Droylsden and Failsworth to submit their designs for her Christmas card which she sends to fellow MPs and other dignitaries as well as her friends and family.

Runner-up in this year’s contest was Dimitra Schymanski from Higher Failsworth Primary School and third place went to Ioni Mokliak from Cannon Burrows C of E Primary School in Ashton.

Ms Rayner said: “Looking through the pictures I get sent for this is one of my favourite jobs each year!

"The standard of entries was incredibly high so it was a difficult task to pick just one winner.

"Kieran’s beautiful robin really stood out and I am so proud to be sending his design out on my Christmas card.

“I want to thank all the children who entered the competition and all the teachers who helped them.

"I hope it provided a bit of fun at the end of what has been a very hard year.

"I’m so proud of the way teachers have coped with everything that’s been thrown at them and gone above and beyond to make sure that schools are a safe and happy environment for our children – you are all heroes.”

Headteacher Judith Reynolds added: “We are absolutely delighted that Kieran a pupil in our Sunflower class has won this year.

"Kieran designed the winning Christmas card during a lesson with our school’s art teacher, Miss Chesney.

“The children were asked to select a Christmas object to sketch.

"Kieran selected a Robin which he named Robbie.

"Once the sketching process was complete he then added water colour paints, carefully focusing on the different sections of his card.

“Kieran is very proud of his winning card and his personal achievement.

"He said he likes the red belly of the Robin the best!”