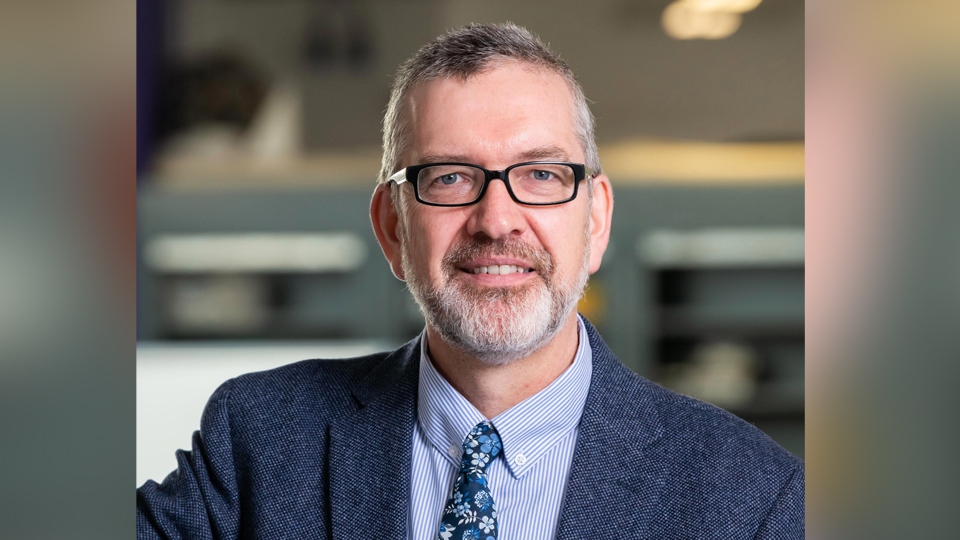 The principal of Oldham College,  Alun Francis, has been made an OBE (Officer of the Most Excellent Order of the British Empire) in the Queen’s New Year 2021 Honours List.

The OBE has been awarded for his services to education – including a decade of leadership at Oldham College.

Alun, 55, was appointed Principal and Chief Executive in February 2010.

At that time austerity had just ended hopes of a much-needed £60m capital investment from Government and – within days – snow prompted the electrics to fail: plunging a campus burdened with several dilapidated buildings into total darkness.

Alun’s tenure has since seen a transformational journey with significant advances in the quality of Oldham College’s education offer, facilities, results and reputation.

Despite a challenging climate, investment totalling almost £45m has been successfully secured since 2012 to upgrade or replace facilities, and the next phase – a £9m Construction Centre where students will learn the building skills of the future – opens in summer 2021.

The flagship Teaching for Distinction improvement programme for staff, which Alun co-developed, gained national recognition via a Princess Royal Training Award, and Oldham College’s shortlisting for the TES FE College of the Year 2020 award confirmed the overall progress being made.

Alun Francis said: “This award isn’t something I would ever have sought or expected – but I’m delighted to accept it on behalf of Oldham College.

“The Principal’s name goes alongside all your failures and successes in further education when, in fact, both are big collective efforts.

“We’ve all worked very hard and I’m just fortunate to have superb governors, an outstanding management team, amazing staff and a wonderful community of learners alongside me.

“We’ve now got the facilities and offer to rank with Greater Manchester’s best and, most importantly, we’re delivering better choices and outcomes for learners, and giving them the skills and experiences needed to succeed in life.

“COVID-19 has hurt the local economy but everyone’s response has been a determination to work together, help each other out and emerge even stronger.

“We aren’t the best FE college yet – but we want to be – and Oldham needs us firing on all cylinders in the current climate. This award is great encouragement for us to carry on improving, and I want to thank everyone whose efforts undoubtedly contributed to it.”

Alun arrived in the borough in 2007 as the Director of Transforming Learning at Oldham Council where he led the Building Schools for the Future project which delivered five new secondary school facilities.

At Oldham College he has championed work to improve inclusivity, including programmes ensuring ‘at risk’ learners with significant barriers aren’t disadvantaged.

Excellence in special needs provision has been nurtured and acknowledged with National SEND awards, plus the first-ever Dyslexia Smart Award from the BDA for a UK FE College.

Alun has also prioritised staff development to create an environment where everyone is supported to be high performers through extensive CPD.

Ofsted’s most recent inspection (January 2019) rated Oldham College ‘Good’ across all categories, and its dedicated Higher Education provision at University Campus Oldham was a awarded a TEF Silver rating the same year.