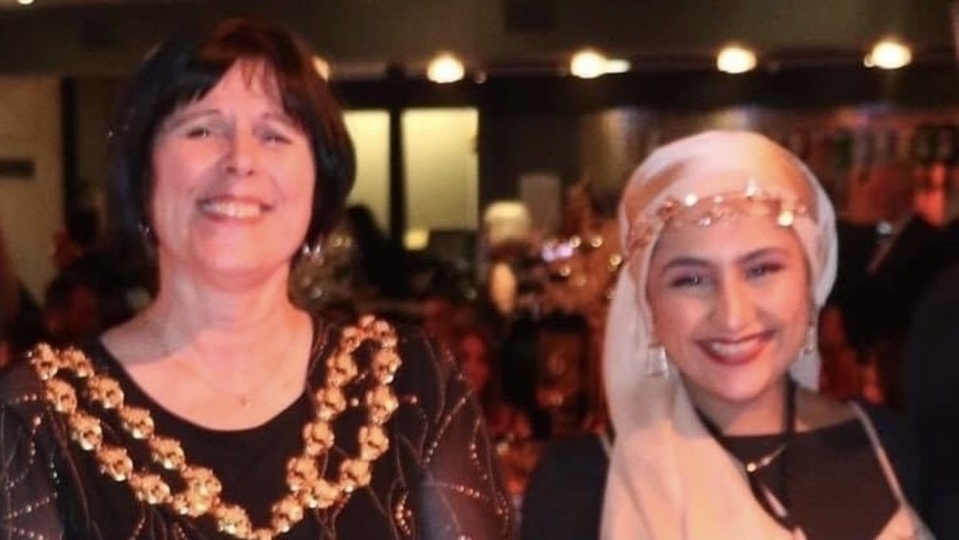 Oldham’s warm-hearted Mayor Cllr Ginny Alexander has sent congratulations to the town’s Youth Mayor, Samah Khalil, in recognition of her being awarded a BEM in the Queen's New Year Honours.

At 20 years of age, Samah was the country's youngest recipient of a New Year’s Honour and says she feels honoured and humbled by the recognition.

Said the Mayor: “Samah has received a BEM for her work empowering young people.

"She is an amazing ambassador for Oldham and represents the town's young people in a formal and civic role.

“She has joined me many times at events in her role as youth mayor and she always strives to give young people opportunities and shows them what can be done.

“Her parents are absolutely thrilled and very proud of her, as am I.

“Well done - keep up your amazing work with the youth of Oldham and I hope to be able to do more with you before we both finish our roles,” Mayor Ginny concluded.