You are Here: Home » News » Main News » Almost 75pc of city saw cases rise in the week before lockdown 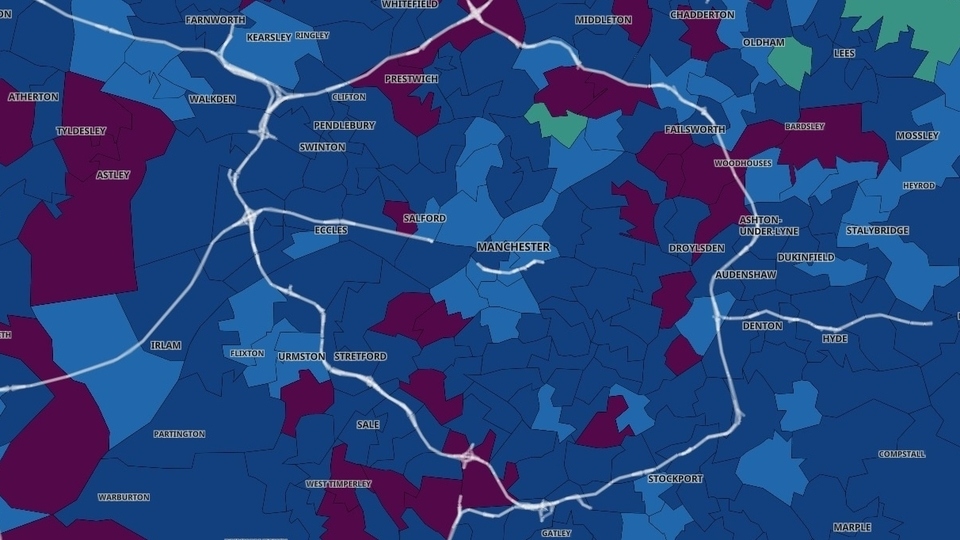 A map highlighting the spiking rates in Manchester and surrounding areas

The number of Covid-19 cases rose across most of Manchester in the week before the government announced the latest national lockdown.

New virus hotspots have emerged in all parts of the city while infection rates have continued to increase all over Greater Manchester.

Up to 25 per cent of all new cases in the city-region can be linked to the more transmissible strain of the virus which has spread rapidly across southern parts of England.

Just one area in Manchester had confirmed cases in the single figures in the week ending December 30, while a dozen saw case numbers double or even treble.

Nearly 75 per cent of the city’s neighbourhoods saw percentage increases during the same period – with one recording a near-400 per cent spike.

This was Northenden, where the number of Covid-19 cases rose from eight to 39 according to the latest Public Health England figures.

An interactive government map separates the city into Middle layer Super Output Areas, or areas with an average population of 7,200.

Other parts of Manchester where case numbers more than doubled in the week to December 30 include:

During this period 43 was the highest number of cases recorded anywhere in Manchester, though parts of the city did see case numbers remain the same or fall in the same week.

The most drastic reductions were in City Centre North and Collyhurst where case numbers halved from 30 to 14.

But the number of new cases are expected to rise as more recent data is released by the government in light of the lockdown announced by Boris Johnson on Monday evening.

The prime minister called for people in England to once again stay at home, with schools, colleges and all non-essential businesses set to close once again.

Restaurants and other similar businesses can continue delivery or takeaway – but takeaway or click and collect of alcohol will no longer be allowed.