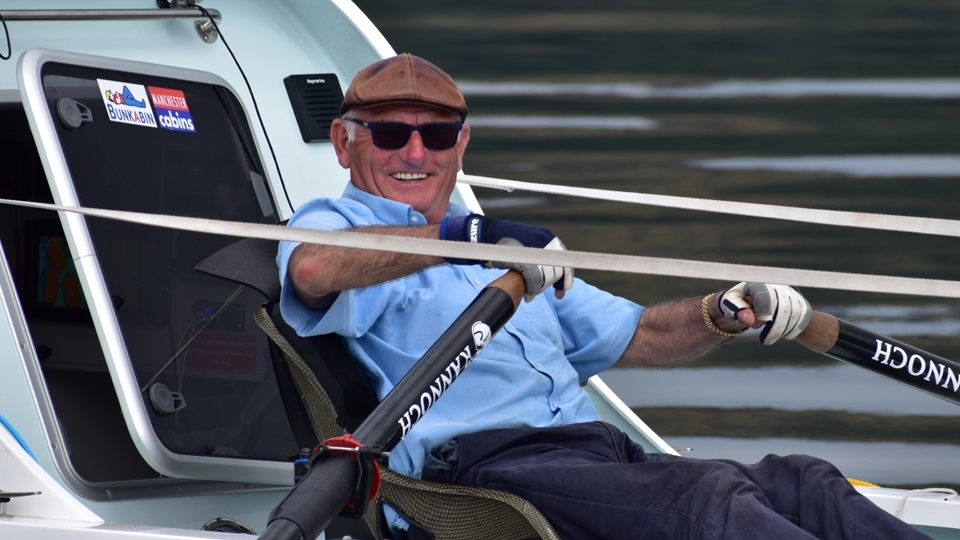 And with the Atlantic winds blowing from the west instead of the east, the intrepid adventurer confessed: “I rowed eight miles yesterday, but the wind direction took me back during the night to where I’d started from.

“Some of the back solo boats haven’t moved at all in the last four days.

"You can’t row against the wind in a solo boat, because you’ve got to stop to sleep sometime, and when you stop it blows you back!”

However, Frank is hopeful of making good progress once the wind changes in the next few days as he continues his bid to raise a million pounds for Alzheimer’s Research UK

The delay has provided a perfect opportunity to check and test his AIS message was working.

The AIS is for marine traffic and sends out a message to let surrounding ships know of their positions to avoid collisions.

One ship confirmed they can see him and been keeping a watchful eye on him for a few days.

Frank said: “We have an AIS (that’s Alpha, India, Sierra), so I thought “oh fantastic!"

“This is a good opportunity to see if he can see my AIS.

"They said they’ve been watching me, so that’s good!”.

And Frank, who lives in Greenfield, revealed he has not lost as much weight as he expected, despite not managing  to eat the recommended 6,000 calories per day.

He said he doesn’t spot many birds on his journey, but he has seen one flying around his boat.

“The other day something touched me and I thought “what the hell’s that?," added Frank.

"I stroked it, petted it and fed it.

“When I woke up in the morning it had gone.

"I’ve also seen hundreds of dolphins in a pod of two or three hundred all around me.

"Flying fish! I haven’t seen many, but in the night they fly up and hit the boat.

“And all of a sudden you hear a big bang, like lightning.

"The sound echoes around the cabin and wakes me up.

"It sounds like they’re right next to me but they could be anywhere.”

To  support his cause, go to his JustGiving page here

You can chart his progress by downloading the free app “yb races” and follow in realtime by selecting Talisker Challenge.