Concerns raised over rise in anti-vax ‘propaganda and conspiracy theories’ 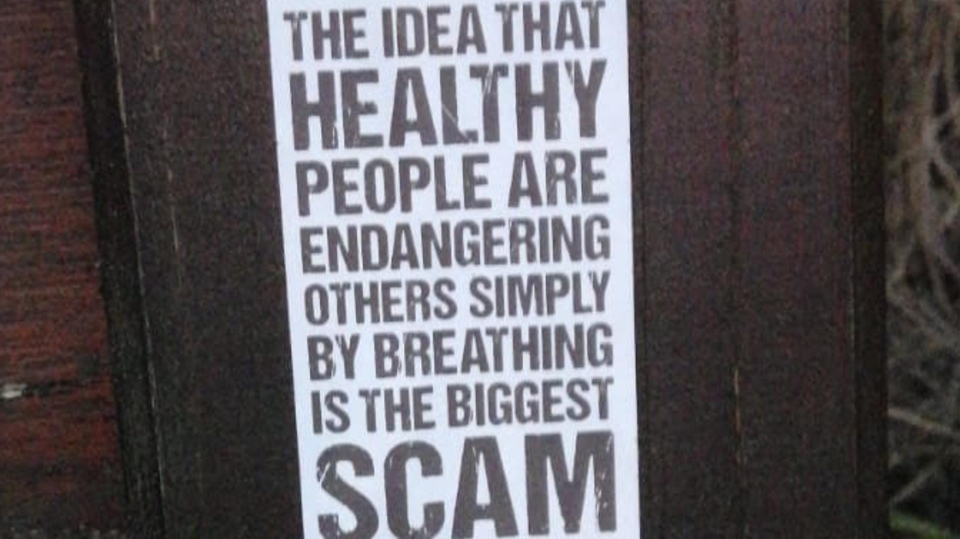 Concerns have been raised over a rise in anti-vax propaganda Covid conspiracy theories in Middleton.

Posters purporting to be from lockdown sceptic group The White Rose appeared in parts of the town over the weekend.

One described the pandemic as ‘the biggest scam in the history of the world’, while another claimed the virus was not deadly.

Councillor Sara Rowbotham told a meeting of Rochdale’s Covid 19 engagement board she feared the misleading campaign could move on to other parts of the borough.

The councillor, who lives in Middleton, said: “There have been posters and a leaflet drop, certainly around my estate, which is casting aspersions on the vaccine, talking about Covid not being real – some of those headline conspiracy theory messages.

“That seems to be developing – certainly over the weekend there was an awful lot of it. I just wanted to make more people know about it.

“I don’t think that is an isolated incident.

"I think there’s potential for that to be spread around the borough.”

The White Rose Group proclaims it is ‘taking the immense power of meme warfare to the streets, via the medium of stickers’.

However, the council’s environmental management team will remove any posters, stickers or graffiti –  in line with local authority policy.

Coun Rowbotham added: “It’s definitely something we need to keep an eye on.

“There are parts of the community becoming quite active and vocal around the virus and vaccine.”

He added: “You are not going to change a certain section of the population from misbehaving, and that’s a sad fact of life.”