You are Here: Home » News » Main News » Car explodes on Oldham Edge after being set alight

Car explodes on Oldham Edge after being set alight 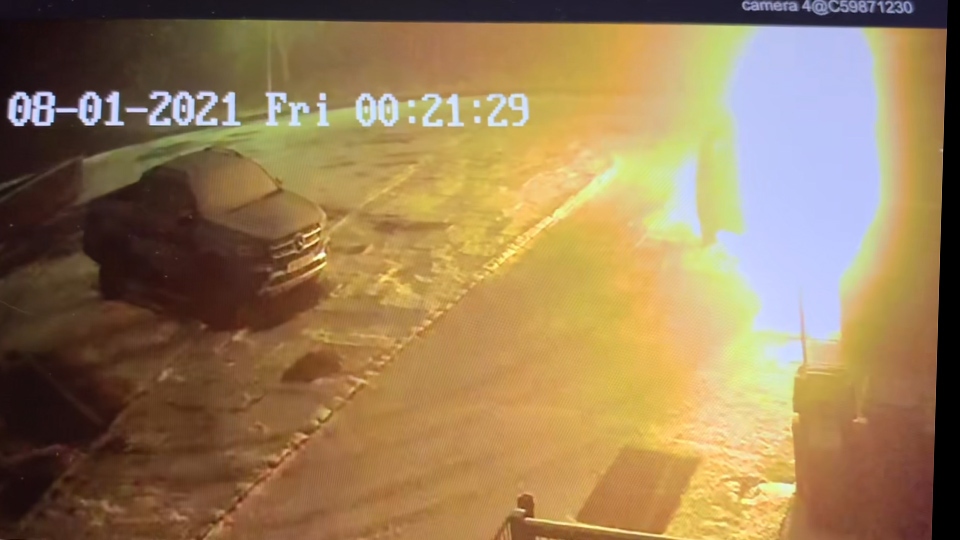 The incident happened after midnight on Friday

This is the moment that a parked car on Oldham Edge was torched by an unidentified man.

The footage was captured by security cameras at 12:20am on Friday morning on Henshaw Street at Oldham Edge, next to the White House pub and the Oldham Chronicle building.

It shows a man approaching the vehicle during a snow blizzard and attempting to set the car alight.

When his first attempt fails, he returns to the car.

After crouching at the front of the vehicle, the car ignites and then explodes, almost engulfing the unidentified arsonist.

It's not clear whether the man was injured.

The car owner managed to get the fire under control with the help of neighbours before the fire service arrived to make the area safe.

A spokesman for Greater Manchester Fire and Rescue Service said: "At 00.26 on the 8th January 2021 GMFRS were called to the scene of an incident on Henshaw Street, Oldham.

"Firefighters from Oldham were quickly on the scene of the fire involving the engine of a vehicle.

"Our firefighters used one hose reel to fight the fire and made the scene safe.

"Crews were in attendance for approximately 45 minutes."