You are Here: Home » News » Main News » Darren's award-winning image of Oldhamer Danny will now be seen by thousands 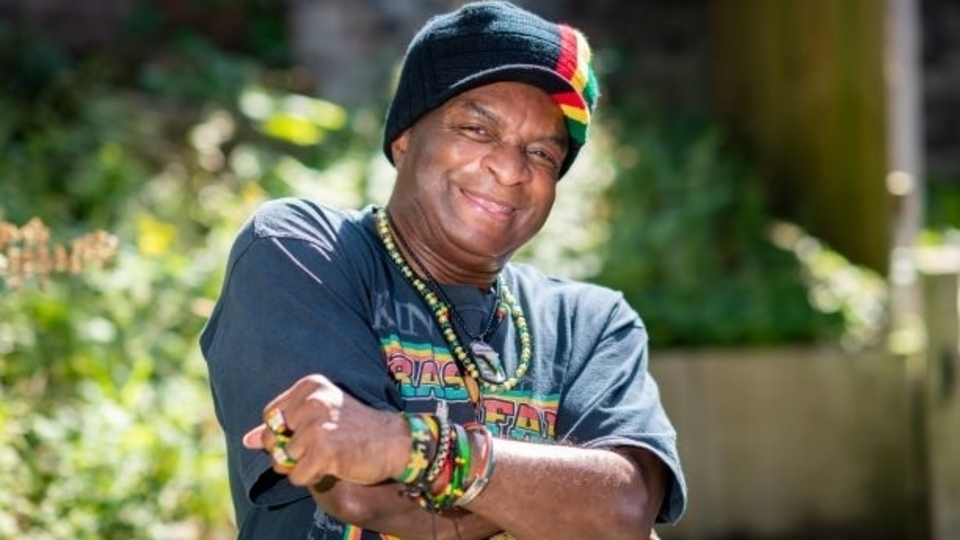 The winners of a photography competition aimed at challenging negative stereotypes of older people will have their work shown to thousands of people from this week.

Six striking images that celebrate the diversity of older people’s lives and their contributions to society will be shown on digital billboards in each of Greater Manchester’s 10 boroughs from today (Monday).

Twelve winning entries in the Old Frame New Picture competition will also feature on a set of postcards and a total of 41 shortlisted images will be displayed in an online exhibition.

This set of pictures will also be ma de available as an image library to charities and public sector organisations in Greater Manchester to use in their marketing and communications materials.

Organisers hope that the positive images of older people will counter the often negative and stereotyped images of ageing that show older people as frail, vulnerable and in need.

Darren took the picture of Danny as part of a commission for First Choice Homes during the summer to thank tenants and celebrate their contribution during the lockdown restrictions.

Darren said: “Danny kept saying how proud he was to have been asked to have his photo taken. He is a bit of a character and was so full of energy and enthusiasm - it was great to be able to capture that through this photo.”

"Life is what you make it and my glass is always half full.

"I used to sing reggae on the Oldham pub circuit and my name was ‘Mr Entertainer’ – and I still am.

“I think smiling and staying upbeat is what keeps me young!”

"The competition is an amazing initiative to challenge perceptions of older people in the community and the winning photo of Danny does this perfectly; fully capturing his exuberance and zest for life. 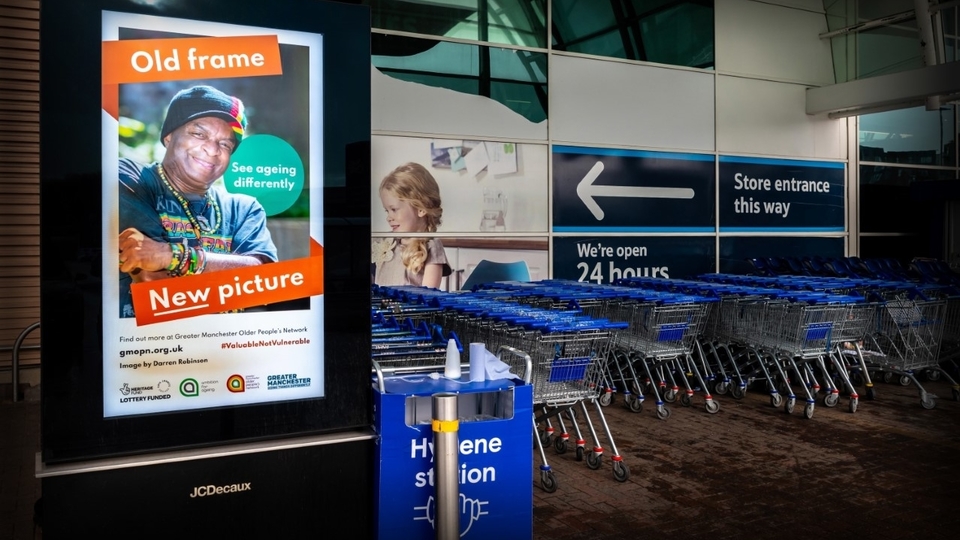 “The image (pictured above outside Tesco on Featherstall Road) was part of an album of photographs taken by Darren, which we commissioned in summer last year in a bid to capture lockdown life within our communities.

"Darren is an extremely talented local photographer and we were over the moon with the shots he took, so this is fantastic recognition for his work too.”

It is part of the Valuable, Not Vulnerable campaign that aims to celebrate the contribution of older people and to challenge negative stereotypes using accurate and realistic images and stories.

Entries to the competition were judged under six categories:

Old Frame New Picture is funded by the Arts Council, National Lottery Heritage Fund and Ambition for Ageing as part of a series of projects harnessing the arts and creativity to support Greater Manchester’s ambitions to be the best place in the UK to grow old.

The billboards can be found at transport interchanges run by Transport for Greater Manchester and outside Tesco stores throughout the region.