You are Here: Home » News » Main News » Dad-of-two Tim, who learned to walk again after an ear infection left him with a brain injury, to run 300 miles for NHS charity

Dad-of-two Tim, who learned to walk again after an ear infection left him with a brain injury, to run 300 miles for NHS charity 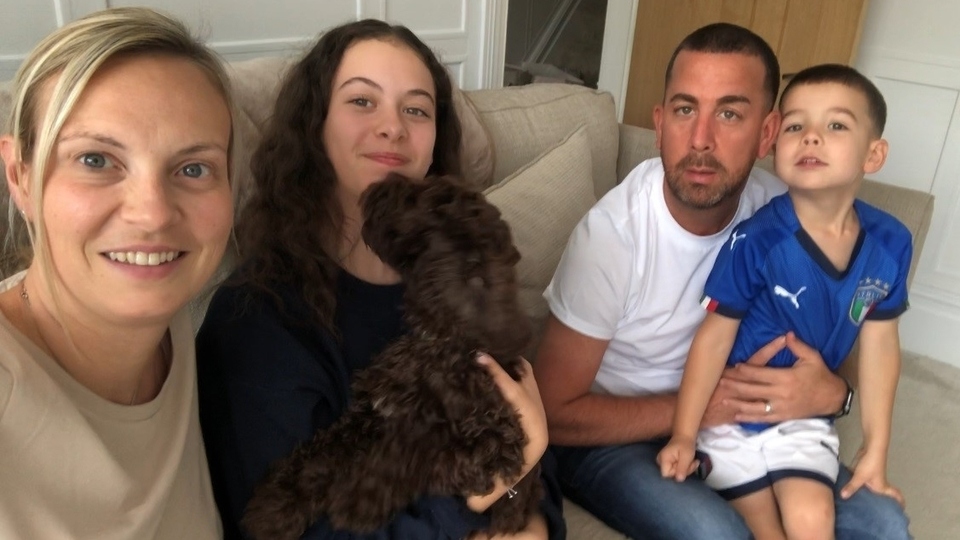 Tim Greenwood with his wife Samantha and children Isabelle, 13, and Noah, 5

A Chadderton father-of-two, who had to learn to walk again after an ear infection left him with an uncommon brain injury, will take on a 300-mile charity run to thank the NHS staff that ‘saved his life’.

Tim Greenwood was left temporarily paralysed after a blood clot formed in his brain.

The uncommon condition, called cerebral venous sinus thrombosis (CVST), was only discovered by doctors at the Royal Oldham Hospital after Tim’s wife Samantha called for an ambulance because her husband had been in bed for three days with severe headaches.

Within half an hour of arriving at the hospital, which is run by Oldham Care Organisation, Tim had several seizures and bit through his tongue – blocking his airways.

Staff soon placed him in an induced coma, which he remained in for four weeks while they diagnosed him with CVST – a blood clot within the venous system in the brain.

They later discovered the illness was a consequence of an unknown ear infection.

Tim, a detective sergeant with Greater Manchester Police, was later transferred to Salford Royal, which is run by Salford Care Organisation and home to Manchester Centre for Clinical Neurosciences.

Tim was placed under the care of a specialist neurology consultant and fitted with a tracheostomy so he could breathe naturally.

He spent a further two weeks receiving treatment, including physiotherapy to help him walk again.

The condition had left him temporarily paralysed in both legs.

At home, Tim received regular support from an NHS physiotherapist who helped get him back on his feet and walking again.

The blood clot remains on Tim’s brain, preventing him from playing contact sport and driving, and often leaving him in pain and needing more time to rest after mild exercise.

Now, more than a year after leaving hospital, Tim is preparing for his biggest challenge yet to say thank you to all staff at the Northern Care Alliance (NCA) NHS Group, which brings together Oldham and Salford Care Organisations.

Tim will run 10 miles a day for 30 consecutive days throughout March – a challenge he is calling #300in30.

Tim, who will celebrate his 42nd birthday on the day of his final run, is raising money for NorthCare Charity.

Tim aims to run as much of the 300 miles as he can, but his condition may mean he has to walk parts.

If lockdown restrictions are still in place, Tim will either run locally as part of his daily exercise or combine the challenge with his daily commute from his home to his office at Rochdale Police Station as he is classed as a key worker.

He will be regularly supported by his wife Samantha, who runs Samantha Jane School of Dance in Chadderton, and their two children Isabelle, 13, and Noah, 5. 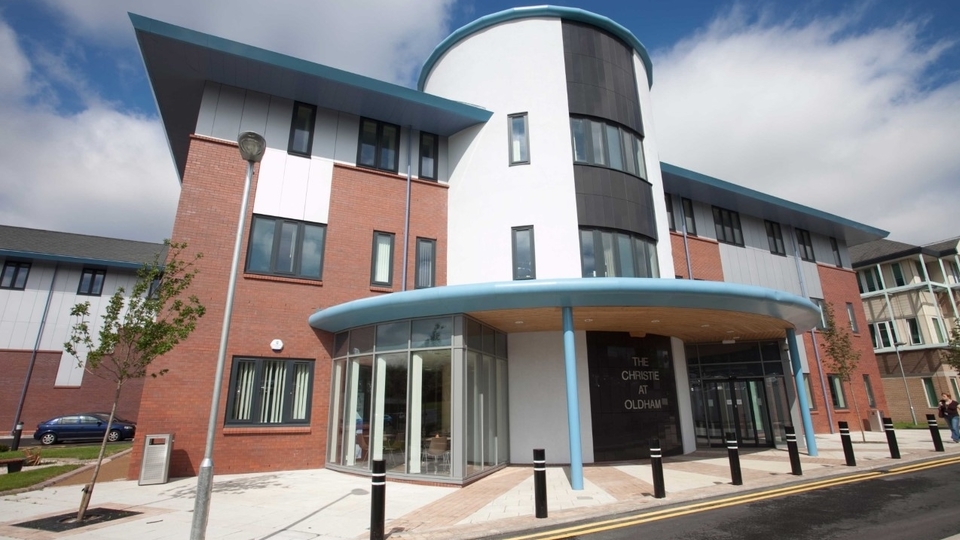 Tim has already raised more than £3,000 via his JustGiving page here

"I’m often in pain and my left leg is still numb in places, spasms, locks and occasionally drags.

"Mentally it’s been a big thing to overcome as it’s something I have to deal with every day.

"But there are lots of other people worse off than me and I want to support the wonderful NHS that saves so many lives and families on a daily basis.

"I want to show my appreciation to the staff that saved my life and for everything they are doing throughout the pandemic.

"At the end of the day, if it wasn’t for them my kids wouldn’t have a dad.

“I was on the brink of death and I can’t describe how horrifying the dreams and feelings I had were whilst in the coma.

"I was glad to come round to see my wonderful family, great friends and receive messages of support and comfort.

"At first I didn’t realise my legs wouldn’t work. It was like the messages from my brain couldn’t get to my legs.

"It was scary at first, but I had to find another way to get those messages to my legs.

"I took it on board, and with support, got them moving again and learned to walk again.

“I am forever grateful to my wife Sam for calling an ambulance that day.

"I started to suffer from severe headaches but put this off as something I could deal with.

"The headaches continued until one Sunday it was so painful I had to go to bed.

"I stayed there until the Wednesday, when Sam woke me up to tell me she had called an ambulance.

"Trying to be the brave man I insisted I didn’t want to waste anybody’s time - little did I know what was going to happen.

"I would encourage anyone who experiences anything like this to seek medical advice straight away.”

Dr Fernando Garcia Del Carrizo, neurology consultant at Manchester Centre for Clinical Neurosciences, based at Salford Royal, said: “All the staff involved with Tim’s treatment and recovery were just doing their job and we are all so pleased he has made a good recovery.

"His planned fundraiser to walk or run 300 miles is fantastic news and shows what great progress he has made since being in hospital.

"We wish him all the best and thank him for fundraising to support our hospitals and community services across Oldham and Salford.”