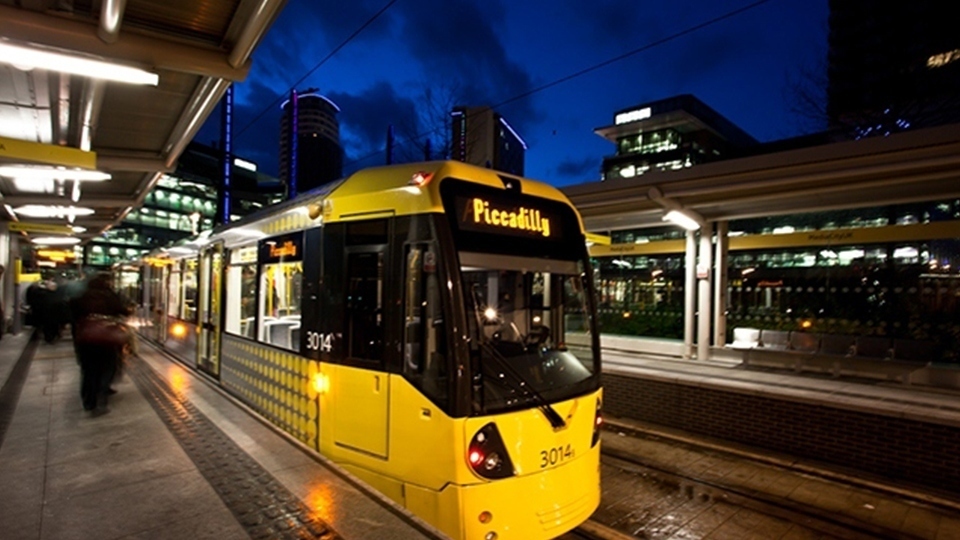 TfGM have confirmed the switch off of the Metrolink wi-fi service permanently, citing cost pressures

Transport bosses confirmed today (Monday) that they have decided to scrap free wi-fi on Metrolink services permanently as a cost-saving option.

Liberal Democrat Councillor Howard Sykes MBE had made objections to the move, when the issue was discussed on Friday (January 22) at a meeting of the Rail and Metrolink Committee of the Transport for Greater Manchester Board.

The meeting was arranged at the request of Councillor Sykes, who sits on the Committee and Board as an Oldham representative.

Councillor Sykes also represents Shaw Ward, which is located on the busiest Metrolink tram service and has the most used stop – Shaw and Crompton – on the Rochdale to Oldham line.

In July 2020, in response to complaints from constituents who use the tram, he raised that the wi-fi service had not been available on trams on the line since the onset of the coronavirus lockdown.

Councillor Sykes wrote to Metrolink bosses asking them to turn it back on.

He was informed that during the travel restrictions which accompanied the lockdown, the service had been switched off and was under long-term ‘review’.

Councillor Sykes said: “Unfortunately, no wi-fi on trams and the Manchester city centre free buses is now a reality.

"This done deal was a decision that was only exposed because I raised it, and there are no plans to reintroduce it.

"I think this is short-sighted.

“Like passengers on buses and trains, wi-fi is a service that Metrolink passengers will expect because as passenger usage does start to increase after the pandemic, and as we look to expand the network, there will be an increased demand for free wi-fi from passengers.

"The fact this was done ‘on the quiet’ is typical how the GM Mayor makes such ‘bad news’ decisions.”

Under the wi-fi section of TfGM's Metrolink performance notes, the report read: "Metrolink and Free Bus had been providing free at the point of use wi-fi to passengers since 2015, with the costs of operating the service largely covered by commercial sponsorship from March 2018 to October 2019.

"Whilst there could be potential for a new sponsorship deal to replace the previous arrangement, commercial advice is that this is unlikely, at least in the short-term, as patronage and therefore advertising reach is significantly depressed by the COVID pandemic.

"Usage levels had declined year on year since 2017, in line with the increased availability of cheaper, and in some cases unlimited personal data allowances, with this trend expected to continue in the future.

"Due to the financial challenges faced by TfGM and Metrolink during the pandemic the Wi-Fi service was placed under review.

"Since the switch-off there has been very little customer feedback around the service, and of those received, none of those customers commented further when an explanation was provided."