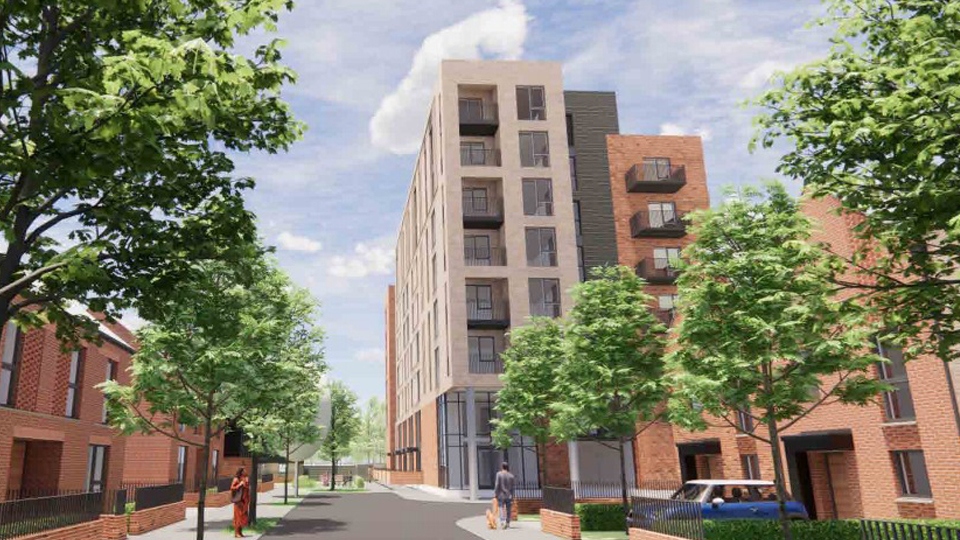 Building on the site could start in March 2022.

Plans for a ‘modern’ new affordable housing development on the site of two of Oldham’s run-down tower blocks have been revealed.

Housing association First Choice Homes Oldham has applied to the council to build 88 homes on land at the ‘gateway’ to the town, off Vale Drive.

The new estate, which would be a mix of apartments and houses, would take the place of 1960s tower blocks Crossbank House and Summervale House.

Residents of more than 240 properties of the 15-storey two blocks were moved out by the end of April last year, and they have since been standing empty.

It was agreed that local specialists, D Hughes Demolition and Excavation Ltd, will carry out demolition and clearance work at the site between May and November 2021.

An appraisal carried out by First Choice showed that the tower blocks were subject to ‘high anti-social behaviour and low customer satisfaction’, and additionally the blocks were not financially viable due to the amount of tenant turnover.

The aim of First Choice is to use Homes England funding to redevelop the site, and – subject to planning permission – start building in March 2022. 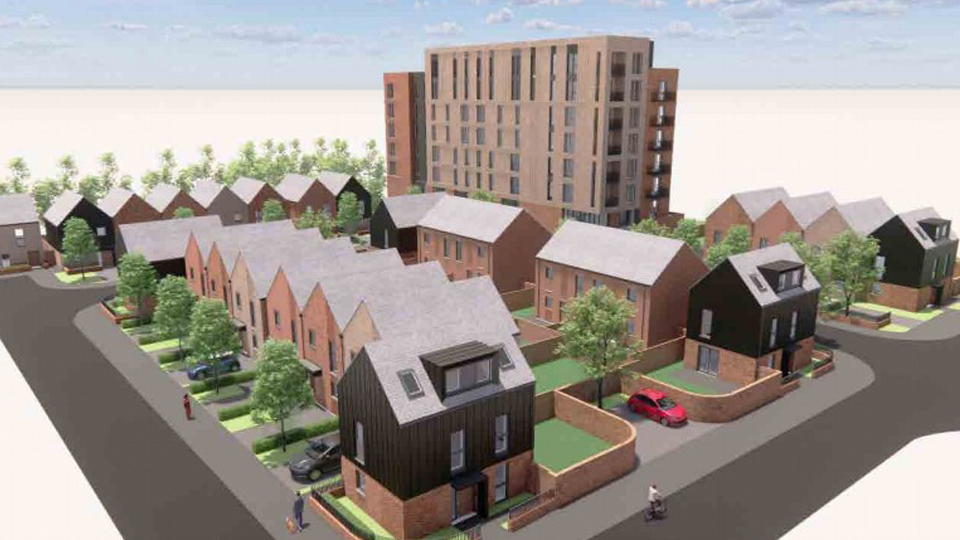 The new development, dubbed ‘West Vale’, would range from one bedroom apartments to ‘family homes’ which would incorporate green technology and aspire to be a ‘multi-generational’ estate.

These would help to provide ‘much needed housing for local people and creating a vibrant neighbourhood where people, families and businesses can thrive’, according to the housing association.

It would be split between 26, two, three and four-bedroom houses and 62 one and two-bedroom apartments, with access provided off Vale Drive.

“The proposed development will deliver less units than the previous use, however, the mix proposed has been specifically chosen to meet local needs, unlike the previous development which was no longer fit for purpose,” the planning documents state.

“The proposed development represents an opportunity to deliver the regeneration of this high-profile site for a quality residential development that meets the affordable housing needs of Oldham’s residents.”

The removal of the tower blocks will be a ‘welcomed reduction in scale and visual intrusion to the skyline’, it adds. 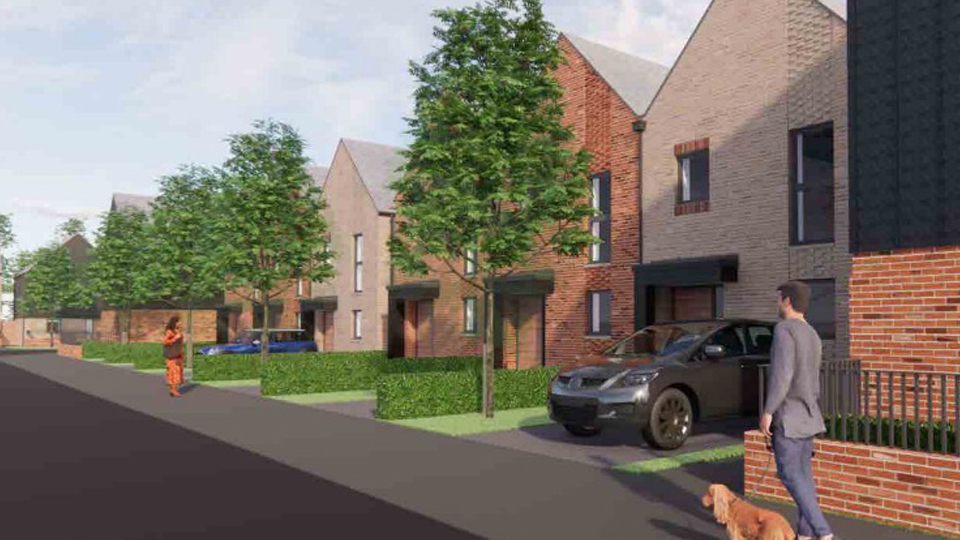 The new apartment block will stand eight storeys high which will sit ‘much more harmoniously’ in the Oldham landscape.

An area of public open space will be provided under the proposals on a piece of land by Broome Street, with a play area for children which will be maintained and managed by First Choice.

The proposals are currently open for comments on the planning portal until March, and a decision is expected by the town hall from May onwards.