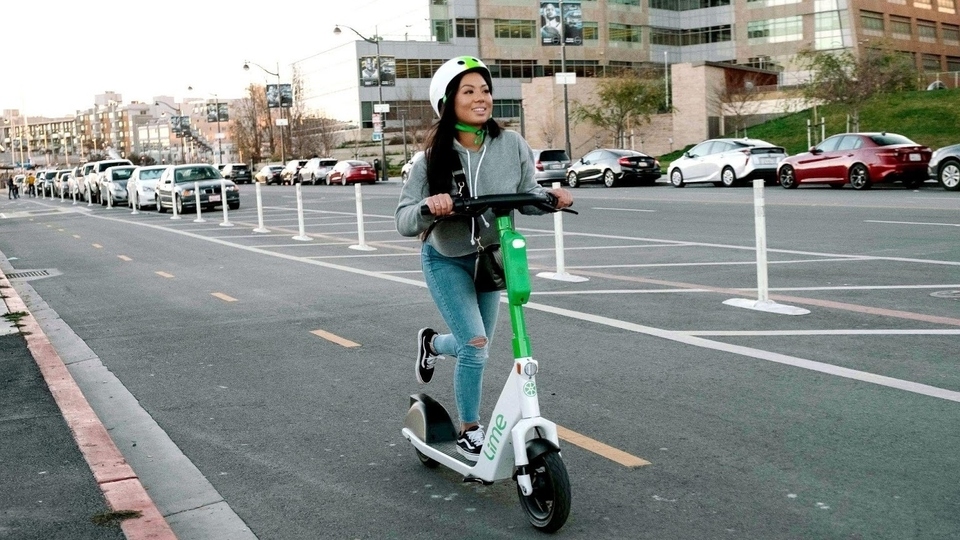 A Lime E-scooter in action

Rochdale’s newly-launched e-Scooter trial should be brought to a halt, according to a charity which campaigns on behalf of blind and visually-impaired people.

The first 100 scooters have been rolled out in the town centre, where it is hoped they will make it easier to get to transport hubs, cut the number of short car journeys and act as a ‘stepping stone’ for would-be cyclists.

The 12-month trial could also branch out to areas such as Milnrow, Littleborough and Heywood should the scheme prove a success.

But the National Federation of the Blind of the UK (NFBUK) says the needs of blind, partially-sighted and other sensory-impaired people have not been properly taken into account.

The organisation warns the scooters pose a ‘serious safety risk’ to vulnerable pedestrians who cannot hear or see them, as well as presenting a trip hazard.

Lime, which running the pilot scheme, says it has invested in ‘rigorous safety features’ which prevent scooters being parked in dangerous places and allows the firm to detect – and warn – users who ride on pavements.

NFBUK still has concerns over the scheme however and wants to see the trial put on hold.

Sarah Gayton,  street access campaign coordinator for the charity, believes there are ‘more than enough’ rentable e-scooter trials at present.

“It is best to pause the trial, learn from the existing ongoing trials before anything is started in Rochdale,” she said.

“With lockdown about to be lifted the last thing which is needed is for these e-scooters to take over the very pavements blind and visually impaired people need for independent accessibility.

“It does not matter what technology the e-scooter companies claim they have to protect the public, it is clear that the vulnerable pedestrians’ safety is being put at risk due to how they are being ridden and left on the pavements.”

Ms Gayton also points to issues that have arisen in other towns and cities across the country – albeit many of these schemes are not run by Lime.

“Blind or visually impaired people cannot hear or see them and cannot move out of their way, putting them at risk of being hit and injured, as well as being frightened when they pass them."

Lime’s e-Scooters are dockless – meaning they do not have a permanent ‘home’ – but must be returned to a designated parking zone at the end of each journey.

Geo-fencing technology means the vehicles will not work outside an authorised zone.

However, the NFBUK says safety is still an issue as people can still leave them on pavements and in public spaces, causing trip hazards and blocking ‘accessible routes’.

“Rentable e-scooters need to be docked, locked and off the pavement and public spaces, with physical docking stations being provided in car parking spaces or car parks,” Ms Gayton said.

“Even if the parking issue is resolved this does not address how the e-scooters are being ridden which puts vulnerable pedestrians at risk.” 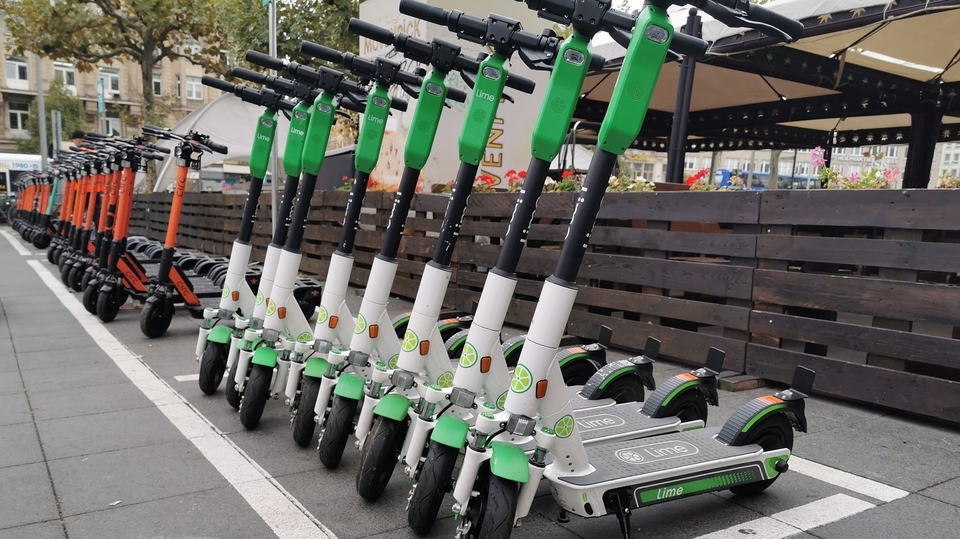 Lime insists its Rochdale trial is safe, with scooters’ top speed capped at 12mph and a 25-strong team ensuring scooters are parked in designated zones and tackling any issues relating to antisocial behaviour.

Riders will also receive training before using an e-scooter.

Alan Clarke, Lime’s director of policy and government affairs for Northern Europe, said: “We know e-scooter services will only deliver long term benefits if they work for everyone, including vulnerable pedestrians.

“That’s why Lime has invested in rigorous safety features such as GPS tracking which prevents scooters being parked in dangerous positions or locations and technology that allows us to detect – and warn – users who ride on pavements.

"Our service in Rochdale will be parking bay-based, which means that riders will have to park the scooters in marked bays for the ride to end.

"These bays have been created by Rochdale council in consultation with Lime and wider community groups. “

Lime says its approach has delivered more than 120,000 safe e-scooter rides in the UK over the last six months, while 97pc of journeys in nearby Salford have ended within a designated bay.

The firm introduced a number of measures to safeguard potentially vulnerable people following an Independent Equality Impact Assessment of our schemes by Transport for All.

Mr Clarke added: “We always welcome the opportunity to meet with, and listen to the concerns of accessibility groups and would be happy to meet with the National Federation of the Blind UK to discuss their concerns in more detail.”