You are Here: Home » News » Main News » Bought a dog in lockdown? New research reveals that 42% of remote workers locally favour a policy that allows dogs in the office

Bought a dog in lockdown? New research reveals that 42% of remote workers locally favour a policy that allows dogs in the office 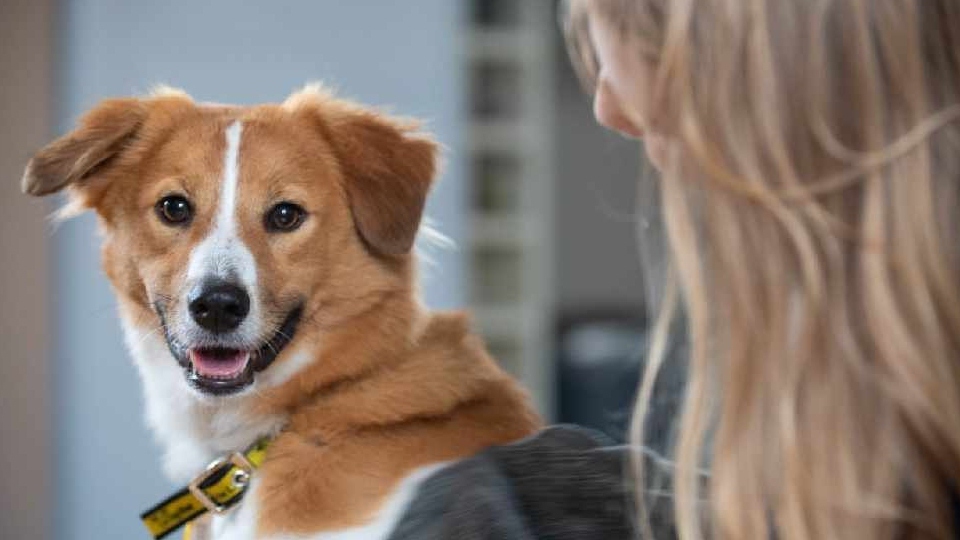 As the pandemic has forced many people to work from home, a new report by PowWowNow reveals people's attitudes towards having dogs in the workplace.

As dog sales soared during the pandemic and with people soon to be returning to the office in the not too distant future, the findings reveal that 42% of remote workers in Manchester think dogs in the office is a good policy.

Meanwhile, 41% of those from Manchester are also more likely to apply for a job if a company allowed dogs in the workplace.

The findings also showed that 61% of remote workers in Manchester had been interrupted on a work video call by a dog and 24% said this had or would increase their happiness levels were it to happen.

Over half (52%) of women think allowing dogs in the office is a good policy compared to men (37%). Women (51%) are also more likely than men (37%) to apply for a job at a company that allow dogs in the workplace.

Top five professions in favour of dogs in the office

According to the research, the top five professions in favour of a policy that allows dogs in the office are as follows:

Meanwhile, those who work in Legal professions (55%) are most against dogs in the office.