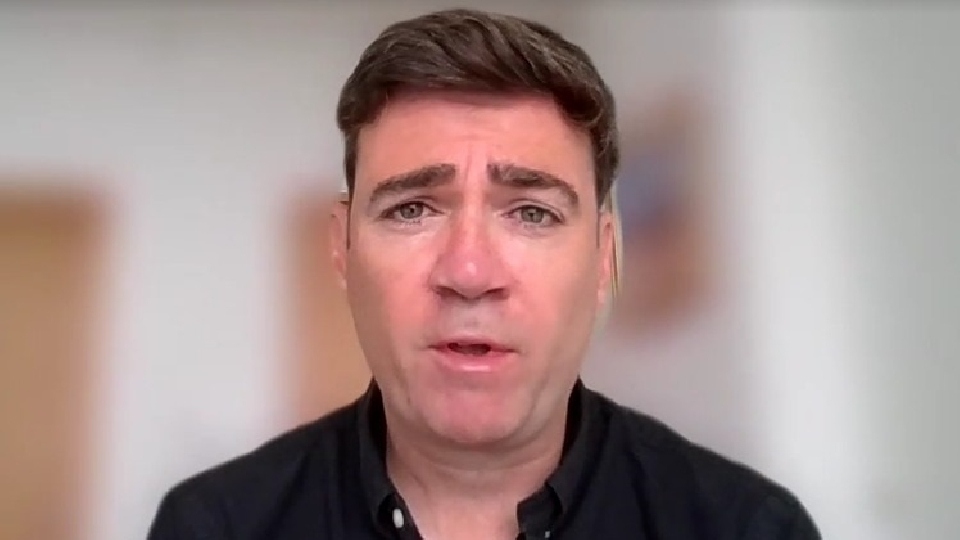 Greater Manchester Mayor Andy Burnham has called on the government to introduce wider reform of football regulations and governance in England, after the failed attempt to form a European Super League.

The incumbent mayor of Greater Manchester said the proposals had brought English football ‘close to the brink’ and had exposed how little control the country had over its national sport.

All six Premier League teams involved in the plans – including Manchester United and Manchester City – have withdrawn since they were first revealed on Sunday.

Before the clubs pulled out of the competition prime minister Boris Johnson reportedly promised to use a ‘legislative bomb’ to stop it from being formed.

The government has also announced that former sports minister Tracey Crouch will lead a fan-led review into the governance and regulation of football in the UK.

But Andy Burnham and Steve Rotheram, the incumbent mayors of the Liverpool City Region, have called for greater measures to ‘reclaim our game’ and put football fans first.

“It’s impossible to overstate the value of these clubs to the two city regions, their value economically, socially, emotionally, culturally and historically,” said Mr Burnham on Wednesday.

“These clubs have been built by millions of people over generations and they are embedded in all of our lives.

“But what the last few days has shown is how close to the brink English football is, our nation has barely any control over our national sport, and that is a sobering realisation.”

'Shake up of football regulations'

A five-point plan launched by the two mayors, which is designed to help the government’s football review, begins by asking for an ‘immediate commitment’ to legislate for a shake-up of football regulations and governance in the English football pyramid.

It also calls for the introduction of an interim ‘50+1 rule’, a model implemented by German footballing authorities, where clubs and fans hold a majority of shares and voting rights at their club.

Clubs in the German football league are also not allowed to play if commercial investors own more of the club than the fans.

The third proposal asks for the government to adopt a permanent version of the 50+1 rule ‘to protect the future of clubs ‘for generations to come’.

Both mayors are also supporting the case made by former FA chair David Bernstein for a new independent statutory financial regulator for all professional leagues and clubs in England.

Mr Burnham said: “The sad demise of Bury FC in Greater Manchester stands as a testament to the complete inadequacy of financial regulation in English football.

“We owe it to all supporters, but particularly those bereft Bury fans, to legislate to prevent this from happening.”

The final plea from the mayors is for English football supporters, stakeholders and the government to urge UEFA to rethink planned reforms to the Champions League.

By increasing the number of games in the competition from 125 games to 225, there are concerns that it could inflate the value of European TV rights to the detriment of domestic TV rights.

English teams will also be asked to play mid-week games, which would clash with the Carabao Cup and leave them unable to field full-strength teams.

Oliver Dowden, secretary of state for digital, culture, media and sport, announecd the fan-led review into English football on Monday.