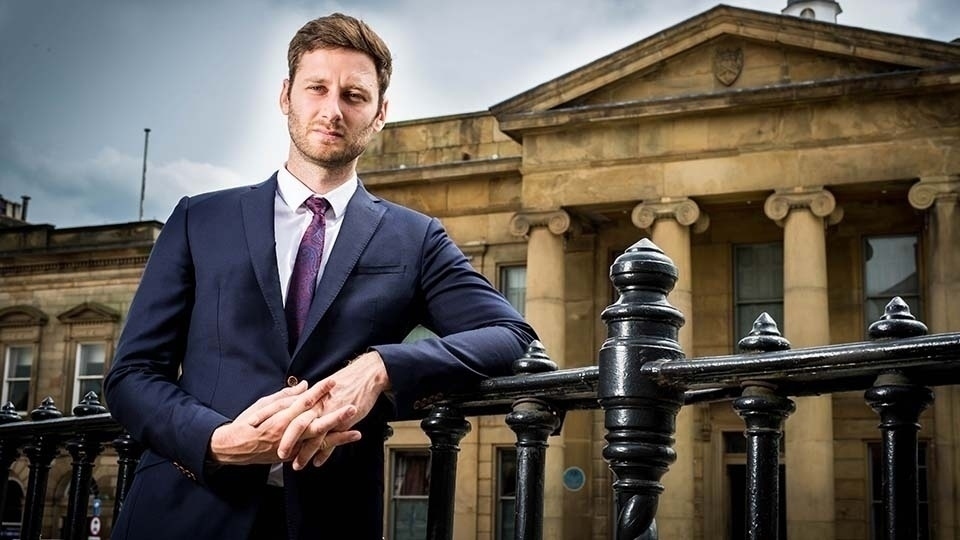 Labour’s stronghold in Oldham has been dealt a shattering blow after the incumbent council leader was defeated by a new independent party.

Sean Fielding, who became leader in May 2018 at the age of just 28 after ousting incumbent Jean Stretton from the top job, lost his seat in a dramatic and depressing night for Labour.

His seat was won by Mark Wilkinson, of the newly formed Failsworth Independent Party.

The mood at the count was gloomy well before results were officially announced, and Labour was subsequently confirmed to have lost a further five seats – including one which was vacant but had previously been held by the party.

There were 20 seats – a third of the council – up for grabs in the borough.

Labour held 15 of these going into the election, with the rest divided between three Liberal Democrat-held seats, one Conservative seat, and one held by independent Aftab Hussain.

While many Labour members had already said they were expecting a close run battle after an acrimonious campaign, it was clear the news of Mr Fielding’s defeat was disastrous.

He was first elected as a councillor for Failsworth West in 2012, and became a key ally of then leader Jim McMahon, taking on an assistant cabinet position before achieving the leadership.

In his time in office he oversaw the commissioning of a review into allegations of historic child sexual exploitation in the borough and spearheaded multi-million pound plans for regenerating the town centre.

He was supportive of Andy Burnham and served as portfolio holder for employment, skills and digital on the Greater Manchester Combined Authority.

In recent years Mr Fielding had become arguably a more controversial leader as his attitude towards his critics both on social media and in the council chamber proved divisive.

At yesterday’s election he faced a stiff challenge in his hometown of Failsworth from the newly formed Failsworth Independent Party, which already counted independent councillor Brian Hobin among its ranks.

In a shock result which came through much later than in previous years, after the Covid-19 pandemic forced a shakeup of election count procedures, Mr Fielding was beaten by 191 votes, with 1,281 votes to Mr Wilkinson’s 1,472.

Mr Fielding left the Queen Elizabeth Hall after the voted had been verified but before they were counted.

However, in a statement delivered after the result was confirmed by chief executive Carolyn Wilkins he said: “While tonight is obviously disappointing, the electorate of Failsworth West have spoken.

“It’s no secret that I have been saddened by the tone of the campaign both politically and personally.

“I have also been privileged to serve the borough as council leader for the last three years, steering Oldham through the unprecedented challenge presented by Covid and developing a new vision for the town centre.

“I’m incredibly proud of what we have been able to achieve as a Labour council during my time as leader. All at a time of savage austerity cuts to vital public services.

“And I’m also proud that I’ve been ambitious for Oldham, the town where I was born and brought up, and where I still call home.

“That ambition is unwavering, although I’m no longer serving as leader.

"The people of Failsworth and of Oldham deserve the very best.”

Her husband Paul Jacques had been previously ousted in the 2019 elections by Brian Hobin.

The two winning candidates and their campaign team were jubilant, with cheers erupting from the count floor when the results were announced.

Coun Hobin described it as a ‘fantastic’ result to the Local Democracy Reporting Service.

“We’re very grateful to the people of Failsworth for having faith in our team and are looking forward to working with the community for the area we all love and live in,” he added.

“One of the major points for our success is our community involvement and spirit.”

The Proud of Oldham and Saddleworth Party had contested eight seats, and while they came second place in several, were not successful in electing a candidate.

The Conservative party also triumphed in the Saddleworth North and South wards, as well as, significantly, gaining Royton North.

The Royton North ward was secured by Dave Arnott, whose 1,213 votes on the day pushed Labour's Mick Harwood (1,122) into second place.

While the key Labour losses were the main story of the night, it was one-up, one-down for the Liberal Democrats who saw one of their main frontbenchers ousted, but won in Saddleworth West and Lees.