You are Here: Home » News » Main News » Spacial Framework replacement plan to go out for consultation

Spacial Framework replacement plan to go out for consultation 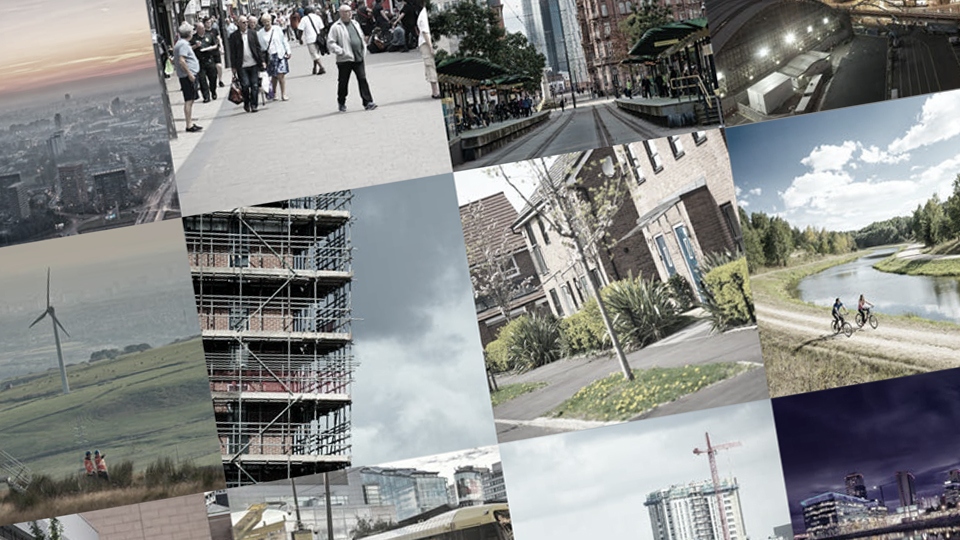 A much-delayed masterplan for building new homes and creating more jobs in Greater Manchester will go out to public consultation next month.

Places for Everyone will set out what land in the city-region can be freed up for different kinds of development over the next 16 years.

The document, which has not yet been published, replaces the Greater Manchester Spatial Framework (GMSF), which was abandoned last year after it failed to win the support of Stockport council.

It will cover Manchester, Salford, Trafford, Rochdale, Oldham, Tameside, Bolton and Bury subject to the support of the councillors representing the individual local authorities.

Like its predecessor, Places for Everyone will consider building on the green belt, which is the main point of contention amongst objectors, including the Stockport opposition parties which forced the creation of a plan of nine.

But leaders have been at pains to stress that the impact of green belt development will be reduced by 60 per cent compared to the 2016 version of the GMSF.

Around 90 per cent of the new homes envisaged in the plan will be built in urban areas, while also maximising the use of brownfield sites.

Greater Manchester mayor Andy Burnham, announcing the impending publication of the plan at a press conference on Monday, said: “This is the radical rewrite that was promised.

“We are still bound by government housing targets, which have recently increased in Manchester city centre, and we have to work within that framework.

“But we’ve done a huge amount to listen to what people have told us and to remove green belt sites from the plan as much as we are able to.

“It isn’t just about protecting green space, the existence of a plan protects the green belt from speculative development.”

Mr Burnham said Places for Everyone would sit alongside other schemes due to be rolled out across Greater Manchester including the Bee Network, the integrated public transport system outlined by the mayor earlier this year.

Communities will be able to bid for a slice of a £5m green spaces fund to improve small public green spaces such as pocket parks.

The transformation of green spaces also factors into major developments such as Victoria North, the plan to build 15,000 new homes along the Irk River valley in North Manchester, as well as the city’s first public park at Mayfield and the 154-acre RHS Bridgewater national garden in Salford.

Greater Manchester also wants to build 30,000 ‘zero-carbon’ homes for social rent; protect the future of the region’s industrial mills by converting them into viable residential and employment uses; create more mayoral development corporations (MDC) outside of Stockport to accelerate the regeneration of specific areas.

Mr Burnham said: “Greater Manchester is setting out a clear and ambitious vision for new homes, enhanced green spaces and revitalised town centres. Linked to our plans for a zero-carbon future and good jobs and growth, this vision represents a major milestone as our city-region maps out its recovery from the pandemic.

“If we want to build back from the pandemic in a way that brings everyone with us and strikes at the root of inequality, we need a plan that strengthens our economy and our society against future challenges, and puts us in the best position to take advantage of new opportunities.”

Paul Dennett, the city mayor of Salford and Greater Manchester’s lead for housing and homelessness, added: “Now is the time to be moving forward with an ambitious vision for a recovery focused on delivering good-quality affordable homes, creating good jobs, and boosting our transition to a low-carbon economy.

“We are absolutely committed to sustainable development that makes the best possible use of space and protects our places from the threat of unplanned development.

“Ninety per cent of the new homes in this plan will be located across urban areas, meaning growth can happen in places where we want it, and not be dictated by planning appeals.”

The Places for Everyone plan will be scrutinised by a joint committee of representatives from each of the districts on July 20.

It will then be considered by councillors from all nine authorities through July and August and, if approved, will go out to an eight-week public consultation from August 9 to October 3.

More than 27,000 residents gave feedback on the first GMSF draft in 2016, with the second round of consultation attracting over 17,500 responses.

Following the consultation the document will be submitted to Robert Jenrick, secretary of state for housing, communities and local government, in January 2022.