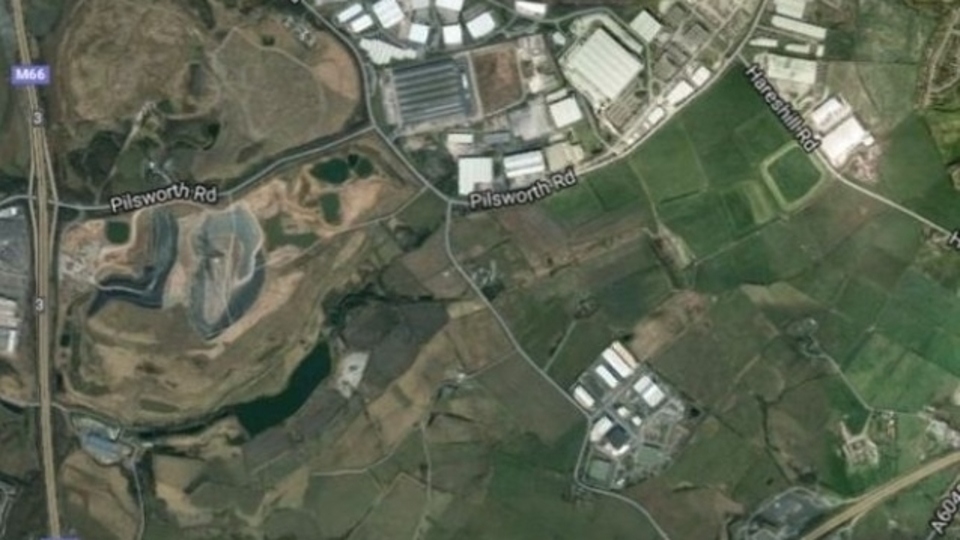 Rochdale’s economy chief says the huge Northern Gateway employment site will be the borough’s ‘prize’ for sticking with the region’s new development masterplan.

Those opposed to the Places for Everyone strategy point to the fact the borough has enough sites to build the homes it is forecast to need between now and 2037 – bar a few dozen homes.

But Councillor John Blundell claims pulling out of the blueprint would result in the loss of the huge employment site off the M62 – while doing nothing to save green belt in the borough.

A long-term strategy for jobs and homes across the city region has been in the pipeline since 2015 – but controversy over the use of green belt sites has dogged the project since its inception.

The backlash led to Stockport pulling out of what was the ‘Greater Manchester Spatial Framework’ last year – and the remaining nine boroughs coming up with the Places for Everyone (PfE) plan. A draft of the plan was published earlier this month.

Similar to the GMSF – bar the loss of Stockport and some significant changes in Oldham – it is expected to be backed by Rochdale council bosses at cabinet this week.

But a heated scrutiny committee held ahead of that decision was proof that feelings still run high over the loss of cherished green belt land.

Members questioned the need for green belt housing sites in areas such as Littleborough and Bamford, given the borough has enough development land for all but 51 of the 8048 homes it needs between now and 2037.

Planning bosses say this is to account for ‘the challenge we face with the viability of our existing land supply and brownfield sites’.

But the difference between the borough’s housing need and its target within the plan was homed in on by members of the committee – particularly Conservatives Coun Angela Smith and Coun Peter Winkler.

Coun Winkler said: “At the end of the day the government gives us  a formula for working these things out, but it’s the numbers we put into that formula that create the allocations at the end of it.”

He noted that Rochdale had enough development land for all but 51 of the houses it will need over the next 16 years – but the Places for Everyone target was to build ‘massively more’ than that.

“This report says on page 13 there simply isn’t enough land. Well the answer to Coun Smith’s question was there pretty much is enough land.

“It says there’s a shortfall in the existing supply. Well, bar 51 it seems there isn’t. There seems to be a lot of ambiguity in this report about what we need locally and what other areas in Greater Manchester need and we would be willing to supply for them.”

However, Coun Blundell said that the Northern Gateway - a joint site with Bury close to Heywood Distribution Park - was the ‘prize’ for Rochdale, and could only be delivered within the PfE plan.

The site could generate 1.2m sq m of employment floorspace – including an Advanced Manufacturing Park -potentially creating hundreds of jobs for residents.

Planning permission already exists for 1,000 homes in south Heywood and the PfE plan includes a further 200 homes at Simister/Bowlee.

A key aim of the plan is to ‘boost competitiveness’ in the north of the conurbation, so it no longer lags behind the more prosperous boroughs in the south.

Coun Blundell says this is vital for reversing Rochdale’s economic fortunes – and ditching PfE would do nothing to save the borough’s green belt in the long term.

“That is unjustifiable to do from a local plan perspective,” he said.

And responding to  the concerns raised by Coun Winkler, he stressed the importance of the Northern Gateway as a ‘big strategic site’.

“I accept that element of it is a political decision. Rochdale council is making a conscious decision in that plan we want to get our hands on that site because that is the prize,” he said.

This, he said, was key to unlocking funding from central government and attracting major employers to the borough.

And he claimed that pulling out of PfE would leave the borough with ‘all the stuff we don’t want’, while losing ‘the big site that could change people’s fortunes’.

“I don’t see how that’s beneficial,” he added.

Coun Winkler moved to send cabinet a recommendation to reject the PfE plan, but this was not within the powers of the committee.

However, comments from himself and other members who raised concerns over the plan, will be relayed.

The plan will go before cabinet and then full council soon.

If approved, it will pick up where the GMSF left off, progressing to a ‘Regulation 19’ consultation on its ‘soundness’.