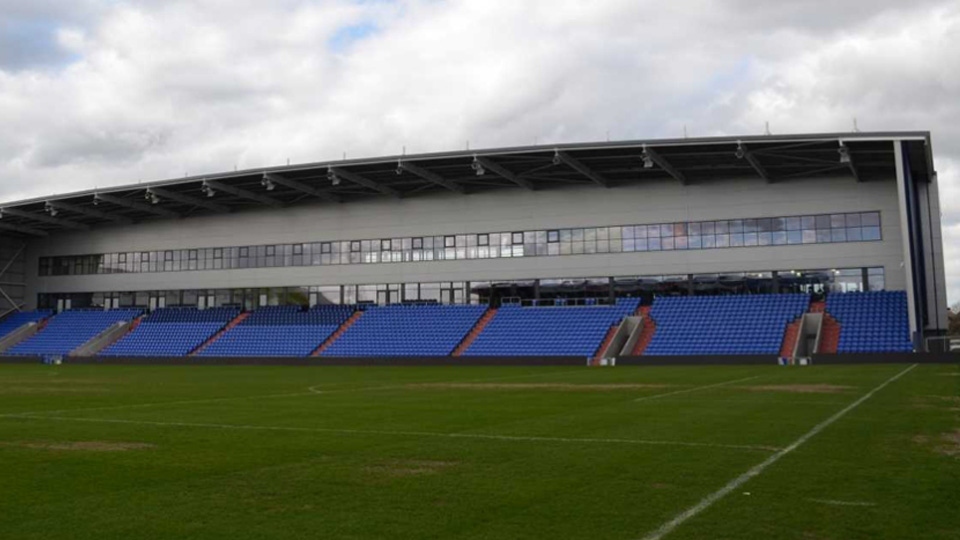 Oldham West and Royton MP Jim McMahon has welcomed the news that the North Stand at Latics' Boundary Park stadium will be in use again this season.

The football club revealed in a statement that a joint operational agreement had been reached with Oldham Event Centre and therefore the facilities and the stand would be open for supporters again during the 2021/22 League Two season.

Latics open their campaign at home against Newport County on Saturday.

Latics' club statement read: "Oldham Athletic and Oldham Event Centre (OEC) are pleased to announce the signing of a joint operational agreement, regarding the operation of the Joe Royle Stand seats and concourses on matchdays for the 2021/22 season.

"This process will be ratified at a SAG (Safety Advisory Group) meeting today (Wednesday, August 4).

"Once ratified, the stand will be in use on matchdays once more including the matchday bar in the OEC.

"Both parties now move forward, working closely together for the benefit of the clubs’ supporters.

"All supporters who held a North Stand season ticket from the 2019/20 season will be given priority to transfer back to their original seats.

"An announcement on the process for season ticket transfers will be made as soon as possible.

"News that the North Stand at Boundary Park will be operational for the new season is long awaited, but good news for the club and its loyal fans."

Mr McMahon is pleased with the outcome after he and fellow Oldham MP Debbie Abrahams met with concerned fans groups in recent weeks.

"The club has been through seemingly constant up’s and down’s and at times that has run over into frustration," said Mr McMahon.

"It is understandable that fans here and ex-pats around the world demanding the best for our town's football club - football is more than a game, its part of the culture and lifeblood of our town.

"As local MPs, myself and Debbie Abrahams are contacted intermittently by constituents who share concerns at the running of the club, the delays in securing access to the new North Stand, and a range of other issues.

"While it isn’t for MPs to try and run a club, we do have a role in working with local people to address issues which affect morale and attendance, both risk undermining the future viability of the club.

"Over the past month myself and Debbie have met with constituents and formal groups including Oldham Athletic Supporters Trust and the Push the Boundary group.

"The common theme is a passion for the club and a desire to put in on the right tracks moving forward.

"I am grateful for the time taken to talk through the issues around ground use, finance, staffing and transparency.

"The Co-operative Party is working to support more fan owned clubs, and followers of the ownership of clubs will know that Tracy Crouch MP is leading the work on the Fan Lead Review on behalf of government.

"We have committed to working with that to fight for more rights for fans to have a stake and a greater say in how our local football clubs are run."