Public transport holding region back from being ‘world class’ – Burnham 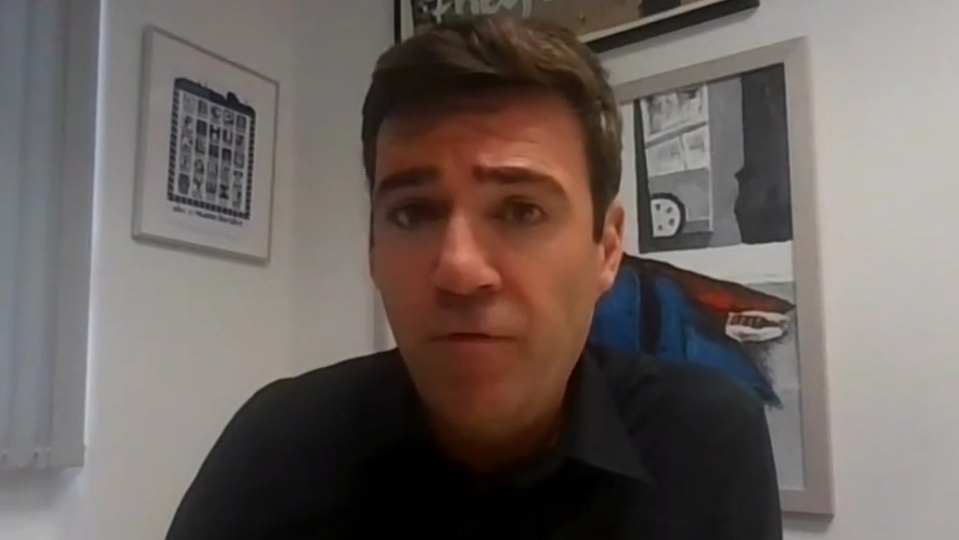 Greater Manchester’s public transport system is the only thing holding it back from becoming a ‘world class’ city-region, says Andy Burnham.

The mayor has reiterated calls on the government to support the Bee Network, his vision for a London-style integrated transport network across bus, trams, trains and bikes.

Mr Burnham has already urged the Department for Transport to back a bid for up to £1.4bn in funding which could bring forward the introduction of a single ticketing system for buses and the Metrolink by 2024 – a year earlier than originally planned.

This would provide the foundation for a ‘much more productive’ Greater Manchester economy, he told Transport for the North’s (TfN) annual conference during the week.

Mr Burnham said: “We can legitimately say that [Greater Manchester] is world class in a number of respects in terms of its offer.

“But we can’t say that about transport, that’s the thing that’s holding us back.

"It’s the weakest part of the city-region.

“The car is the default option for many people in the city-region because of the poor quality transport offer.

“The way the economy has changed over the years, there was a time where people in the north would live and work in the same town.

“Those days have gone, it’s more likely that people will have to travel to where they work.

“It needs to be easy for somebody in Oldham to get to [Manchester] Airport to work or to MediaCity, and it’s not at the moment.

"For me this is holding us back.”

Under the plans for the Bee Network, all modes of transport in Greater Manchester would have the same black-and-yellow branding like the Metrolink.

Mr Burnham suggested that people visiting second cities in countries across Europe would expect ‘easy to use’ public transport with a single livery.

“It’s true of all English cities outside of London, ours is not like that at all, and it’s probably bewildering and frustrating because of the cost of it,” he added.

A single 20-minute bus journey from Middleton and Manchester city centre can cost £4.50, compared to the £1.55 hopper fare in London.

The capital also has twice the volume of buses per head compared to Greater Manchester, and the Underground’s trains have 20 times the capacity of Metrolink trams.

Mr Burnham says the Bee Network is the ‘most convincing illustration of levelling up so far’ while other major rail infrastructure projects in the north of England such as HS2 and Northern Powerhouse Rail (NPR) remain in limbo.

Concerns remain about the government’s plans to redevelop Manchester’s Piccadilly station by widening it to accommodate six new platforms to host HS2 and NPR services.

Mr Burnham used the TfN conference to reiterate his – and Manchester council’s – position that building an underground through-station could alleviate demand.

“[The government] is still seeking the cheaper solution, the proposal for a surface station takes away all the development land north of [Piccadilly],” he said.

“All you’ll get is a monstrosity of a surface station.

"They’ve got a transport head on and not a place-based one.”