You are Here: Home » News » Main News » Pictures released after man robbed at gunpoint in Oldham

Pictures released after man robbed at gunpoint in Oldham 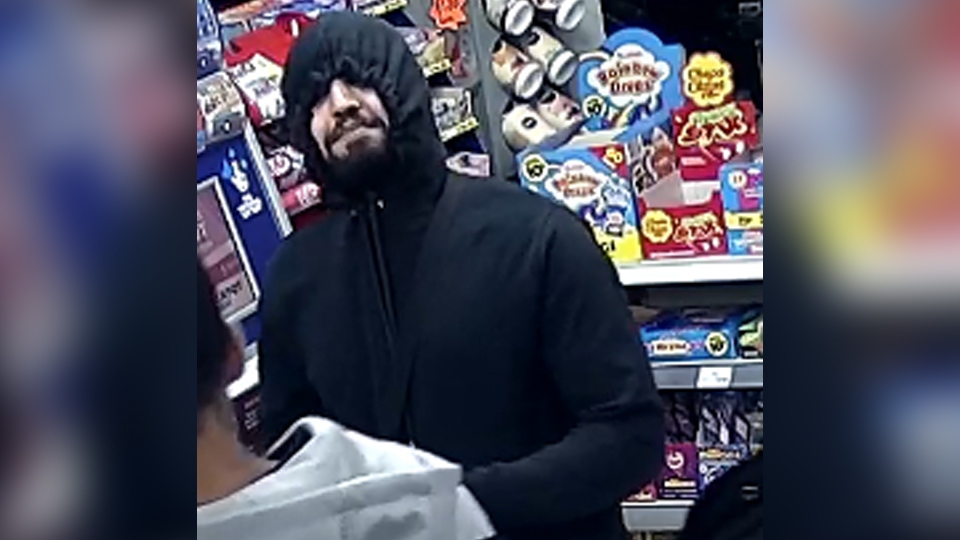 Please have released a CCTV image

Police have released CCTV images of a man they want to speak to in connection with a gunpoint robbery in Oldham.

The victim was threatened with a gun and robbed on Tuesday 12 October 2021.

The 26-year-old was stopped on Manchester Street at around 6.50pm, and handed over cash and his bank card.

The man did not sustain any injuries during the robbery but police say he's been left "incredibly shaken" by the ordeal.

The offender fled on foot in the direction of Oldham town centre.

Detective Sergeant Mike Ogiliev of GMP's Oldham district said: "This was a terrifying ordeal for the victim and I'm thankful that he was left uninjured. This happened on the edge of the town centre in the early evening so we are confident there will have been people in the area who witnessed the incident take place or saw the offender.

"We're following all available lines of enquiry to ensure the man responsible is apprehended and faces the appropriate justice. Today we've released an image of a man we believe could assist our investigation. If you recognise these men then please get in touch with police as a matter of urgency."

Details can also be passed via the LiveChat function on the GMP website, or anonymously to the independent charity Crimestoppers on 0800 555 111.