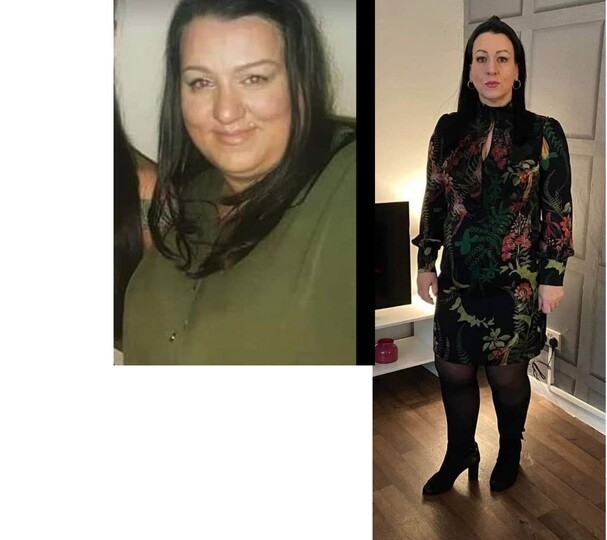 Study reveals that receiving expert group support helps people to lose more weight and can increase their mental toughness compared to those who go it alone.

The study by the University of Lincoln examined the relationship between weight loss and mental toughness over a period of six months and revealed that members of Slimming World groups lost weight more successfully than a comparison group (who were aiming to lose weight without the support of a group) and also significantly improved their mental toughness.

The findings of the study, which was led by Dr Elizabeth Stamp, a lecturer at Loughborough University, come at a time when the UK population faces a spiralling obesity crisis and increased mental health challenges. Government figures suggest more than 40% of adults in England gained weight during the pandemic2 , with the average gain being half a stone (just over 4.1kg), while more than half of adults (60%) and over two thirds of young people (68%) said their mental health got worse during lockdown3 . Joining a slimming group with expertise in helping people change lifelong habits is well established as a successful way to tackle weight gain, but only now has the impact of a supportive group environment on mental toughness been discovered.

Mental toughness, a concept used in psychology and behaviour change that has been studied within the sports field for many years, is linked to characteristics such as keeping a clear focus on goals even when under pressure, having a strong sense of purpose and self determination, and feeling in control. While it’s linked to resilience, it’s about more than being resilient, with sport psychologists noting mental toughness is what gives an elite athlete an edge. This is the first time the concept has been investigated in relation to weight loss. Dr Elizabeth Stamp, who studied the role of mental toughness on health-related lifestyle behaviour change when completing her PhD at the University of Lincoln, says: “Mental toughness is about how someone copes with the challenges and stressors they face. More than that though, it is about seeking out and taking on new challenges. People who have a high mental toughness have skills like being able to break bigger goals into smaller achievable goals, being in control of their life and the decisions that they make and having the confidence to seek help when needed. These are abilities that people who have a lower mental toughness can develop, and mental toughness has been reported to benefit individuals in other aspects of their life, such as achieving social and educational goals. “The study revealed that Slimming World members participating in the study lost on average 2st 5lbs over the six months and on average also increased their mental toughness.”

Now we would love to introduce you to Linda’s member Joanne. Joining Slimming World has changed her life. 18 months ago Jo would not even walk down her own path. In Lockdown she decided to join Linda and lost 4 stone in lockdown. When groups reopened she went on to lose another 4 stone and has got 2 stone to get her 10 stone award. It has been life changing for Jo. It has allowed her to gain confidence that she didn’t have and has given her a feeling of self-belief that she can do this and is doing it. Jo has battled with mental health for a long time but now feels she is no longer in a dark place and feels she has a new lease of life