You are Here: Home » News » Main News » Flag raised in Oldham is tribute to service people during Armed Forces Week 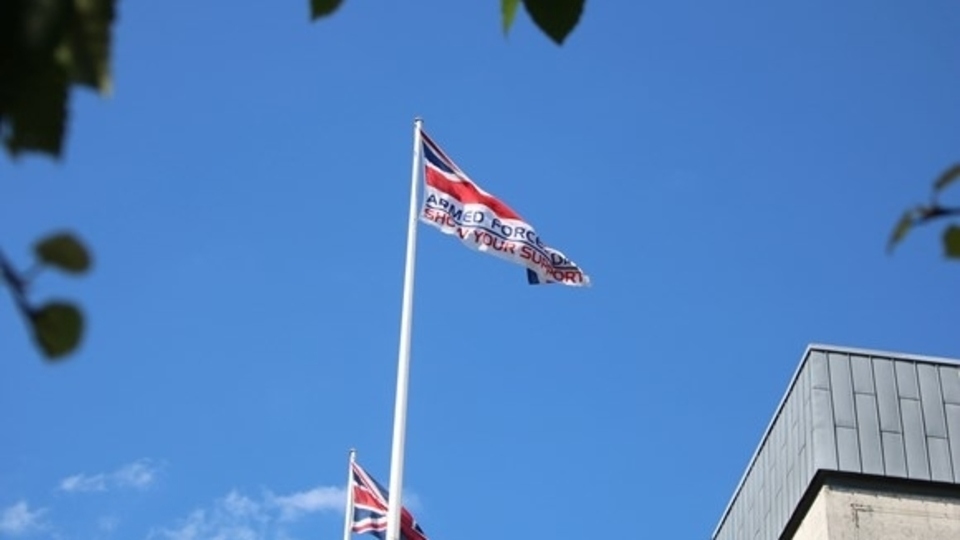 Annual Armed Forces Week celebrations, which are taking place across Oldham this week, began with a flag raising at Oldham Civic Centre on Monday (June 20).

Culminating in Armed Forces Day on Saturday (June 25), the week of celebrations are a chance for residents to show their support for the men and women who make up the Armed Forces community: from currently serving troops to Service families, veterans and cadets.

Armed Forces Day takes place annually on the last Saturday of June and provides a much valued morale boost for the troops and their families.

She said: “Oldham has a strong armed forces heritage, and as a council, we’re proud of our men and women who serve in the armed forces.

“Armed Forces Day is an opportunity to show our gratitude and honour our entire armed forces community.

"I look forward to seeing many residents enjoying the planned activities on Saturday.”

Here in Oldham, the Armed Forces flag will be flown above the Civic Centre from Monday until next Monday (June 27).

There will also be several events hosted by local Royal British Legion branches across the borough.

Lees will be celebrating on Saturday, from 12.30pm, with live music from the Harper Brothers, a Freddie Mercury tribute act, and Spark.

Money raised will go towards the Poppy Appeal.

Open to all, and with no entry charge, there will be music, face painting, a raffle and cake.

The day will give local residents the opportunity to get together with our Armed Forces and their families to celebrate and say thank you for their dedication and service to our town.

Oldham Council is already signed up to the Armed Forces Covenant, which encourages local communities to support services that help integrate armed forces personnel back into civilian life.

The council also helps to develop and support the Armed Forces community and ensure that military personnel do not face any disadvantage as a result of their service.

Residents can also show their support, by changing their social media background, downloading bunting, or even hosting virtual quizzes and BBQs.

Resources are available on the Armed Forces Day website.

Use the hashtags #SaluteOurForces and #ArmedForcesDay when posting online to show how you’re marking the day.