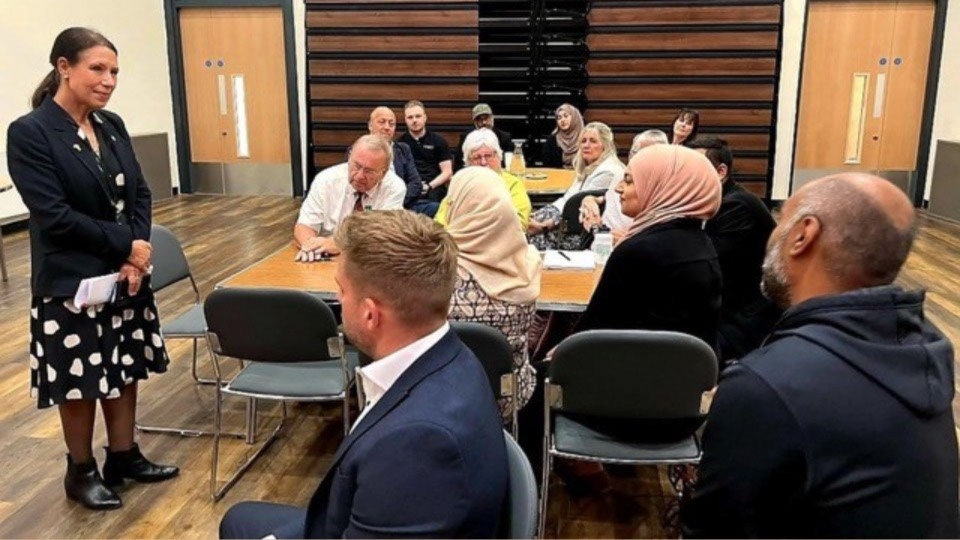 Inflation may be hovering around the 9% mark for the UK, but local businesses have been warned - at an event organised by Oldham East and Saddleworth MP Debbie Abrahams - that for them the ‘real’ rate may well be the equivalent of 30 to 40%.

Speaking after the event for local businesses, held at Oldham Library, Ms Abrahams said: “I felt it was really important to create a forum at which our Oldham and Saddleworth businesses could come together for mutual support, but also to meet with our own local expert at the Chamber of Commerce for their perspective on the state of the economy.

“Some of the predictions made are worrying to say the least, but it’s better that businesses are aware of how the problems in the economy might affect them.

"Facing these challenges together may not soften the blow but it does, at least, create a support network as our local business men and women go through, what is likely to be, extremely testing and difficult times.”

Guest speaker at the event was Chris Fletcher, Policy Director at Greater Manchester Chamber of Commerce, who said: “One of the key messages I wanted to pass on to the audience was that, as regards inflation, it is clear the ‘real’ rate is much higher than the 9.1% plastered across the press.

“For example metals, including copper and nickel, have seen hundreds of percentage increase.

"Basic building materials, such as bricks and steel, have seen increases around 30% to 40%.

"This will filter through eventually creating another price spike.

"And many firms have still yet to experience the impact of the energy price hike as existing deals come to an end.

“It will be surprising to see any significant reduction in inflation in the short to medium term.

"The pace may slow, but high levels of inflation seem to be baked in for the foreseeable future despite what the Bank of England is predicting."

Ms Abrahams added: “I am absolutely furious at the Tories for not dealing with Boris Johnson sooner.

"He was clearly not fit for office, and they allowed him to become a distraction from the many problems he has failed to tackle.

“We are now in the situation where all these problems are coming down the track at us at great speed and the Tories won’t even have a new leader until September.

“All the ministers, and Tory MPs, who propped Johnson up for so long should be ashamed of themselves.”