You are Here: Home » News » Main News » Children more likely to die as babies and an obesity epidemic among youngsters: the challenges faced by infants in Oldham

Children more likely to die as babies and an obesity epidemic among youngsters: the challenges faced by infants in Oldham 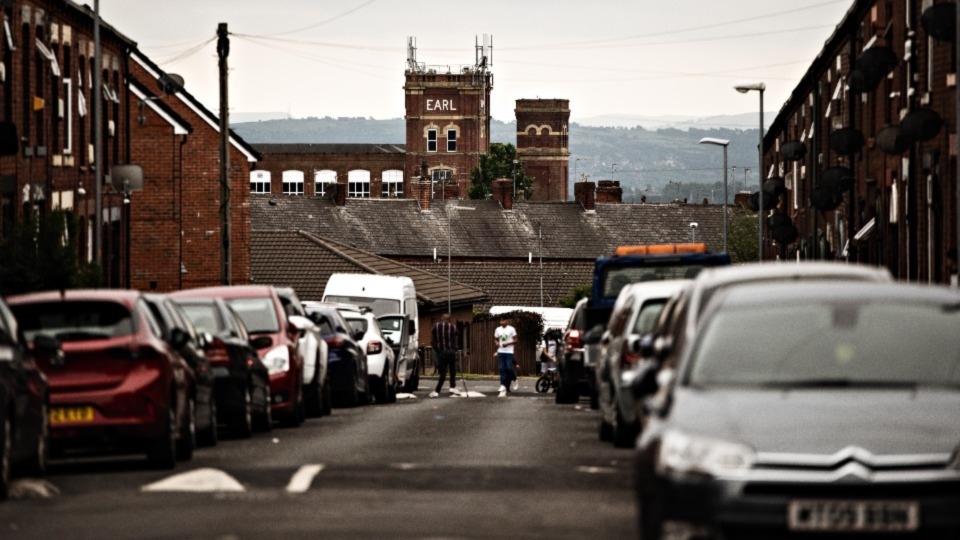 Children are more likely to die as babies, five-year-olds have rotting teeth and a quarter of youngsters are obese by their final year of primary school.

A series of reports presented to councillors at a health scrutiny meeting has painted a grim picture of the challenges faced by children growing up in Oldham.

But health chiefs say the situation is unlikely to substantially change for the better unless more families are lifted out of poverty and deprivation.

The borough’s infant mortality rate, where a child dies under the age of one, has been higher than the England rate ‘consistently’ for more than a decade.

Oldham now has the worst rate of infant mortality in the North West of the country.

And it’s not just babies’ health that suffers in the borough.

More than one in ten reception aged children, and 26 per cent of children in year six of primary school are obese.

And nearly half of five-year-olds in the borough have experience of ‘dental decay’.

Councillors described hearing the reports as ‘depressing’ – and there were warnings the pandemic could have made issues even worse.

Why are babies dying?

This is significantly higher than the national rate of 3.9.

Councillors were told the trend had been getting ‘slightly worse’.

When questioned by panel member Councillor Riaz Ahmad on the impact austerity had been having, Rebecca Fletcher, a consultant in public health at Oldham council, said: “The national evidence is that in terms of causes of deaths of children, poverty is associated with almost all deaths of children.”

Oldham ranks as the 19th most deprived area out of 317 local authorities in 2019 indices of deprivation data.

Ms Fletcher added: “The most recent report from the national child mortality database did highlight that infant mortality is sadly more common in areas of deprivation.

The report found that nationally, if the mortality risk in the most deprived areas was brought in line with the areas with least risk, a fifth of all child deaths would be prevented, Ms Fletcher explained.

“Key contributing causes of these deaths are in particular congenital abnormalities, babies that are born really small for gestational age, and also extremely premature births,” she told councillors.

“The prevention of these particular causes are the ones where we can make some of that difference.

“Some of that support is around the risk factors for those; smoking in pregnancy is a key risk factor, maternal obesity is another one.

“But also around better engagement with our services – so how do we get our services to do better with engaging with pregnant women and families with small children.

“And also focusing on how we mitigate the impact of poverty on families so we can stop that risk factor.”

The meeting was told that there were wider issues that also impacted infant mortality, such as overcrowded housing and a lack of access to interpreters.

All deaths of children in Oldham are reviewed by the Child Death Overview panel which covers Oldham, Bury and Rochdale.

Analysis of deaths had found that across Oldham children are most at risk of dying in their first year of life.

More than half of deaths of children were less than a year old.

“The factors that we picked up which we think could have been associated with the death of a child included domestic violence, consanguinity, parental smoking both in pregnancy but also in the home,” Ms Fletcher said.

“In those deaths of children under one, 88pc of them are children that were born prematurely.”

She told councillors that smoking in pregnancy is one of the key issues as this is a particular risk factor for premature births, and babies being born too small.

This has led to a specialist midwife being put in place at the Royal Oldham hospital, and two dedicated support workers.

Nicotine replacement therapy is also being provided directly on the wards for pregnant women, which is proving successful.

Ms Fletcher added: “We have seen a drop in our smoking in pregnancy rate which is really, really positive.

945 more babies have been more smoke-free in Oldham which I think is a big achievement.

“Healthy pregnancy is absolutely a really important way we can reduce infant mortality.”

Another major risk to babies in Oldham is genetic or congenital abnormalities, which can be increased by consanguineous relationships – those between blood relatives.

Typically these relationships are marriages between cousins or first cousins, and are more common within certain South Asian communities, chiefly people of Pakistani heritage.

A report published in 2018 estimated that there are around 20 births annually in Oldham affected by consanguinity-related disorders.

Since 2015 the council has commissioned a genetic outreach service which aims to support individuals and families affected by autosomal recessive gene disorders which are more likely to occur within cousin marriages.

Ms Fletcher said: “They look at working with culturally appropriate conversations around raising the risk of recessive conditions.

“It is a small service and it works with smaller numbers of individuals in parts of the community.

"But it’s about having very complex conversations.”

Safer sleep is also a priority as it is a risk factor for children dying unexpectedly in their first year of life.

The council’s health department are working alongside organisations such at the Northern Care Alliance with the aim of reducing the number of children dying in the borough.

Ms Fletcher said: “It is an absolute priority for Oldham.

"Every one of these deaths is a tragedy.

“We have put a lot of work into it but we want to take this further over the next couple of years.”

Director of public health, Katrina Stephens, said: “One of the big aims for us really is to narrow that gap between Oldham and England as our first target.

“We would hope to see that reduction of smoking in pregnancy filtering through to our infant mortality data, similarly improvements in maternity services.

“And then we get into a situation where there are things that are more difficult to shift and change because it’s about housing and about poverty, those bigger picture issues.

“Every baby death we prevent is really important, that’s a massive impact on that family.”

While there is a huge focus on trying to prevent the deaths of babies, improving the health of children is also paramount in the minds of health chiefs.

Ms Fletcher told the scrutiny meeting: “Overall compared to the England averages, the statistics say that the health and wellbeing of children in Oldham is worse than England.

“Breast feeding rates are a little bit lower, more than a quarter of children are obese at year six.

“The recent ten year update on the Marmot Review pointed out poverty experienced during childhood harms health at the time and throughout the rest of life.”

And there are national indications that during the Covid-19 pandemic weight of children generally increased.

Officers said lockdowns meant young people were stuck inside and consequently it was much harder to be active.

Coun Ahmad said: “These reports are so depressing.

"I mean, 11 pc of children in reception being obese and 26 pc in year six, it’s pretty worrying isn’t it?”

Ms Fletcher agreed, adding: “We are working on getting to a healthy weight because it is a priority for us because it is really concerning.

“There is a big difference between reception and year six, we do really see that increase in that time.

“And we did see from national information that during last year, that first year of the pandemic lots of children weren’t out and about as much, they weren’t getting physical activity.”

Ms Stephens added: “I think with overweight and obesity there are absolutely more things we can do locally but equally we need national things to happen to really support that change.”

There is a health improvement and weight management service operating in the borough called Your Health Oldham, to which school nurses and schools can refer families to access support.

Healthy teeth is also a problem for children, with 43.2pc of five-year-olds having ‘experience of dental decay’, which has led to the Right Start service including an element aiming to support ‘good oral heath’ in children under five years old.

Medlock Vale panel member, Coun Umar Nasheen, said: “Because of Covid, all this has been missed hasn’t it.

"I know that because I’ve got children under five and I know they’ve not had their dental, their health check.

"And I know they’ll be a lot more.

“I know where I’m going with mine, but when we go back to poverty stricken families, how are we going to move forward with that?

“How are we going to catch up with those kids because I can see a massive issue where they’ve missed a whole two years of it with health checks and dental and other care.”

Ms Fletcher replied they knew that ‘lots of children have been impacted and missed out on lots of things’.

“We know it’s been really tough. It’s going to be a very long process,” she said.

Ms Stephens added: “All our frontline services are going to have to be really attuned to the fact that we have a cohort of children coming through that will have had a different experience and the impact that is going to have.

“That will likely mean that we are going to have to adapt approaches for some time to come to recognise that really.”