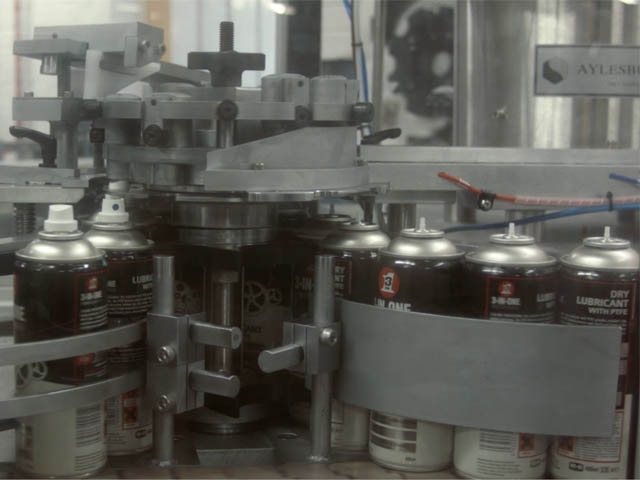 An Oldham-based manufacturer says their latest refinancing steps means they can withstand the risks associated with Brexit.

James Briggs Limited (JBL)’s Chief Executive acknowledges that it’s “impossible to predict” exactly what will happen after the UK leaves the EU – but that a new multi-million pound funding deal means they are “prepared for whatever a post-Brexit era Britain might look like”.

The company, which is one of Europe’s largest manufacturers of speciality industrial and consumer chemicals, has announced a new £8.5m deal with Close Brothers.

Endless, which has backed the business since 2013, will continue to have a majority stake, whilst management will also take a significant shareholding in the business.

Chief Executive Paul Blackaby said the business, which has been through a major turnaround over the last few years, is now on a firm financial footing with a robust balance sheet and the right capital and equity structures to support future growth.

The company, which is one of the largest employers in Oldham with 274 workers, expects its results for 2019 to show further strong traction with revenues surpassing £50m and EBITDA topping £3m.

Mr Blackaby said the new capital structure and deal with Close Brothers, was an “important milestone as the company enters a new era.”

“We strongly believe that we are now set for the future.

“Our customers and indeed our valued employees can be confident that we have a healthy, balanced period of sustainable growth ahead of us.

“While it’s impossible to predict precisely what will happen after the UK leaves the EU, this new deal means we can withstand the risks associated with Brexit and that we are prepared for whatever a post-Brexit era Britain might look like.”

Mr Blackaby, who took on the reins of leadership last autumn, said he and the executive team had been preparing diligently and “stress testing” the business to ensure that it could withstand the challenges a disorderly Brexit will bring.

Tom Jack, partner at Endless LLP in Manchester, said: “We are pleased to have supported James Briggs through some difficult times and delighted that the business is in a far better shape now than it has ever been.

“We have built a strong relationship with Paul and the JBL team and look forward to continuing to support the business through the next stage of its long history.”

Jeremy Bolton, Head of ABL Sales at Close Brothers in Manchester added: “We are delighted to have supported the management team and Endless with facilities to help fund the refinance, balance sheet reorganisation, and ongoing working requirements of James Briggs, and look forward to working with Paul and the team during the next stage of their growth plans.”