You are Here: Home » News » Business News » Failsworth born apprentice has been named Apprentice of the Year at a national awards ceremony 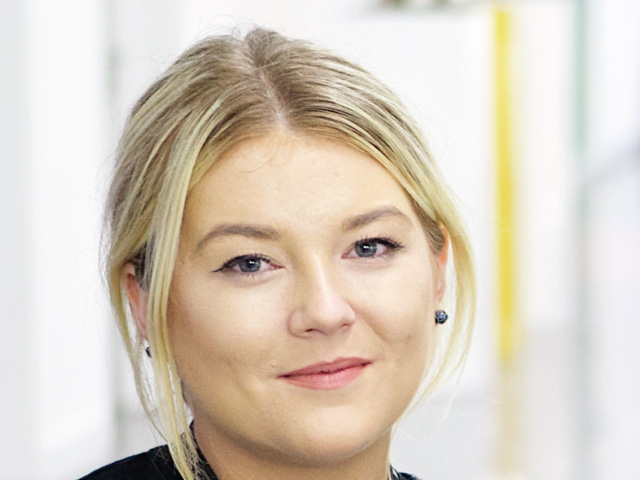 Sophie Hukin- Apprentice of the year

22-year-old Sophie Hukin from Failsworth, was one of two apprentices who fought off stiff competition from a record number of entries across the country to receive a trophy at the seventh annual Creative & Cultural Skills Awards.

The awards are organised by Creative & Cultural Skills, an independent UK charity giving young people opportunities to work and learn in the creative industries, and are designed to shine a light on the individuals and organisations that have demonstrated outstanding commitment to skills development and learning in the sector.

Ms Hukin was given the award for her work at SharpFutures, a social enterprise that supports diverse young people into employment in the creative digital and tech sectors
Ms Hukin has helped SharpFutures close the social mobility gap for young people who want to break into the creative digital and tech sectors but have no work experience and minimal connections.

Her achievements include promoting ways for young people to access employment in the sector and advising students on pathways to long-term work.

Sophie Hukin also used the skills she gained through her apprenticeship to organise voluntary event support by co-ordinating 80 choirs of more than 3,000 performers as part of ‘Manchester Together as One Voice’, an event that commemorated the first anniversary of the Manchester Arena attack.

The judges felt that Ms Hukin was a leader in the making, showing commitment, ambition and an exemplary approach to being an apprentice.

The award was presented by Jeremy Lascelles, group chief executive of Blue Raincoat Music and former Virgin chief executive. Speaking after her win, Sophie Hukin said: “My apprenticeships at SharpFutures opened the door to a career in a sector I love.

I enjoyed every moment of my time as an apprentice so to get this award is just the icing on the cake.

“My apprenticeships have enabled me to do a job where I am now able to advise other young people on the additional training or skills they need to get them where they want to be in their career. It’s been hugely rewarding and I’d recommend an apprenticeship to anyone.”

The title of Apprentice of the Year was awarded to two winners this year. The other recipient of the award was Fionnuala Cush from Northern Ireland for her role at Cultúrlann McAdam Ó Fiaich – the Irish language, arts and cultural centre in West Belfast.

More than 200 people attended this year’s awards and dinner, which were held at the National Museum Cardiff and presented by Angharad Lee, a freelance director of theatre, opera and film, and David Anderson, director general of National Museum Wales.

Entertainment was provided by Rubicon Dance, a community dance development organisation for Cardiff and Newport.

The ceremony followed the tenth Creative & Cultural Skills National Conference, which took place on the same day in Cardiff City Hall and featured senior leaders from organisations including the Arts Council of Wales, the Wales Millennium Centre and the Department of Business, Energy and Industrial Strategy. The conference explored the barriers to entry into the creative and cultural sector, and what stops people from thriving within it.