You are Here: Home » News » Business News » Transition to Teach partners with employers to help staff at risk of redundancy 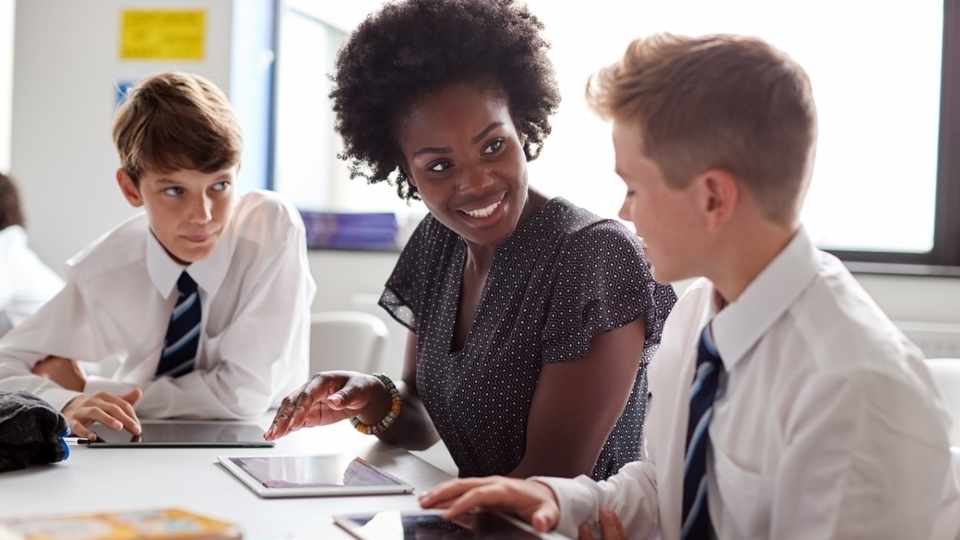 Transition to Teach is a Department for Education funded service delivered by Cognition Education, supporting those at risk of redundancy into teaching, and right through to the end of their first year as newly qualified teachers

With redundancies rising, Manchester-based Transition to Teach has been working with employers throughout England that have staff at risk of redundancy, including npower.

Transition to Teach is a Department for Education funded service delivered by Cognition Education, supporting those at risk of redundancy into teaching, and right through to the end of their first year as newly qualified teachers.

“People will understandably panic when they hear the word ‘redundancy’ but, for many, it can provide an opportunity to reassess their career and aspirations,” said employer engagement manager at Transition to Teach, Jo Holland.

"They may become worn down by facing the continuous threat of redundancy and decide to take the plunge with a new career.

"The coronavirus pandemic is also causing people from all sectors to re-evaluate their careers, not just those at risk of redundancy.

“Some sectors have been particularly affected by the pandemic with organisations forced into periods of change that no one had planned for,” added Jo.

“The Transition to Teach programme has seen an increase in interest from companies that are keen to give their exiting staff possible future career avenues to explore.

"Teaching isn’t for everyone, our job is to raise awareness of teaching as a credible career opportunity for employees at risk of redundancy and help them to decide if teaching is for them.

"Redundancy can be a sensitive issue for both staff and the employer, so our aim is to support both parties with clear and concise information that can have a positive impact for both.

“It’s about Transition to Teach being there when companies need us.

"We might hear nothing at all from an organisation, and then a year later, they get in touch, perhaps because redundancies have been confirmed.

"Some employers will bring in outplacement companies, and we’ll work alongside outplacement teams as well as careers advisers and job centres.”

Transition to Teach began working with npower in 2020.

A spokesperson for npower said: “It’s been a fantastic partnership as it offers something different that people maybe hadn’t considered previously.”

Once companies have an active redundancy situation, Transition to Teach offer support in a variety of ways.

Jo added: “The first step is usually to set up a meeting, find out timescales, share our employer pack and find out how the company wants us to support them.

"In many cases the company will just take this information and disseminate it to staff but others will ask for more support.

"For example, we recently provided a private webinar for a client in the travel industry and we also support army resettlement on an ongoing basis.

“Some of the biggest worries employees have about transitioning to teaching include the financial side, managing a classroom and going back to learning.

"That’s what we’re here for.

"We can guide them to information about bursaries, and we offer that support and encouragement.

"People also think they need a degree in what they want to teach, this isn’t always the case as a degree in an unrelated subject can suffice, especially if they have workplace experience in a particular subject.”

One of the people supported by Transition to Teach is Mark Bowman, who previously worked in the energy sector before being made redundant in 2020.

Mark is currently training as a secondary English teacher at the University of Sunderland.

He said: “I was employed by npower from 2013 and there were redundancies a few times during that seven years.

"In 2019, it was announced that npower would be taken over and there would be company-wide redundancies.

“My job at npower was a senior analyst.

"I spent my days building spreadsheets and databases, but my degree was actually in English.

"Becoming a teacher had been my original plan.

"I’d taken the job at npower as a stopgap but found I liked it and stayed.

"The redundancy was that push to go back to what I originally wanted to do.

“When I spoke to Transition to Teach, I knew redundancies were going to happen, but I didn’t know exactly when.

"They gave me advice and supported me to put in my application.

"I successfully gained a place on a PGCE course at Sunderland and I’m really positive about my future career in teaching.”