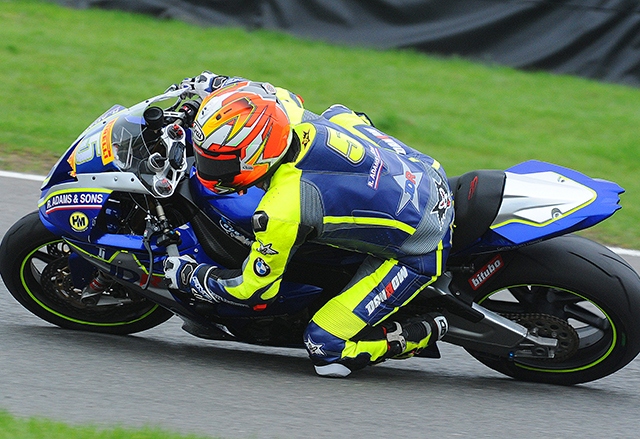 Ash Beech in action at Knockhill

There was more frustration for Oldham motorcycle ace Ash Beech at Knockhill in Scotland.

In round five of the National Superstock 1000 Championship, Beech's team were hoping that his luck would finally change after a crash at round one, an engine blow-up at a test session last month, plus other technical gremlins that have left him and the team frustrated.

In sunny and dry conditions, Beech finished the Friday practice session 20th quickest, but was struggling with power output and on such a tight and twisty track, not being able to pull out of corners was making progress difficult.

The team worked through the night to fit a new engine, but the problem persisted and despite improving his lap times, he ended second practice in 18th place.

In the afternoon with new tyres fitted, Beech finished qualifying 20th and would start the race on row seven on the grid.

With two races scheduled during the weekend, Beech started race one well, but was still struggling with a lack of power and was forced to retire on lap 10 for safety reasons.

After a team meeting on Saturday evening, the difficult decision to withdraw from race two on Sunday was made and instead the team will send the bike to engine tuning specialists to test engine and electronics to identify the problem before the next round at Brands Hatch on July 22.