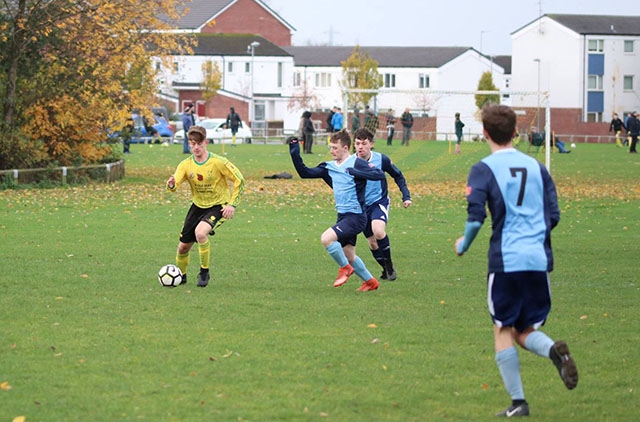 The Lions took the lead through Adam Belwassa..

Into the second half and it was soon 2-0 when Belwassa scored his and the Lions’ second goal.

Lewis North secured the win with a calm finish after some unselfish play in the box by others.

Littleborough pulled one back with a wonder goal with the last kick of the game.

Chadderton Park under-15s Dragons just about kept their unbeaten run going with a slim 4-3 win away at a very tough Dukinfield Youth Whites side.

Abdullah Cheema and Carlos Santos scored two goals each for the Dragons.

The Griffins edged to a dramatic 5-4 victory thanks to strikes from Jack Howard, Jacob McAtamney (two), Stuart Holt, with an own-goal completing the tally.

Annie Taylor, Heidi Sheldon and Anna Keeling (two) were on the mark.

Chadderton Park under-18s Lionesses produced their best performance of the season so far in a 1-1 draw at home to unbeaten Davyhulme Park.

The Lionesses took the lead after some excellent play on the left resulted in Ella Chester's cross being turned into her own net by an onrushing defender.

Davyhulme replied in the 62ns minute to earn a scarcely-deserved point.