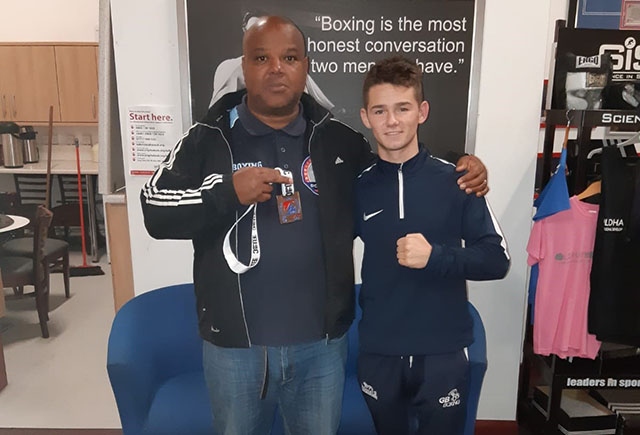 Oldham boxer Will Cawley has won a silver medal in the European Championships.

Boxing for Team England at the prestigious tournament in Valladolid, Spain, the 21-year-old had already overcome two tough Eastern European opponents on his way to the final.

In the quarter-finals Cawley was awarded a unanimous decision win over Romanian Cosmin-Petre Girleanue.

The Oldham star's counter punching was too much for his tall opponent.

The bull-like Tinko Rosenov Banabakov from Bulgaria was next up in the semi-finals, but he was no match for Cawley, who outclassed him.

The hometown favourite and poster boy Gabriel Escobar Mascucano was Cawley’s opponent in the 52kg final, which was broadcast live on Spanish TV.

Despite outboxing his opponent for three rounds the decision was controversially given to the fast-limbed Spaniard.

Eric Noi, who has coached Cawley at Oldham Boxing and Personal Development Centre since he was a teenager, said: "There is a lot of politics involved at boxing at this level and I don’t think Will was ever going to win unless he knocked Mascucano out.

"The crowd was hostile from the start, and I think that played a big part in the decision, but unfortunately that is something Will will have to get used to.

"We’re disappointed with the result, but pleased Will did get a medal.

"He’s got a big year ahead of him with the World Series of Boxing and the qualifiers for the Tokyo Olympics, but we are ready for it."