You are Here: Home » News » Local Sport » Nominate your heroes for the FA and McDonald's grassroot football awards

Nominate your heroes for the FA and McDonald's grassroot football awards 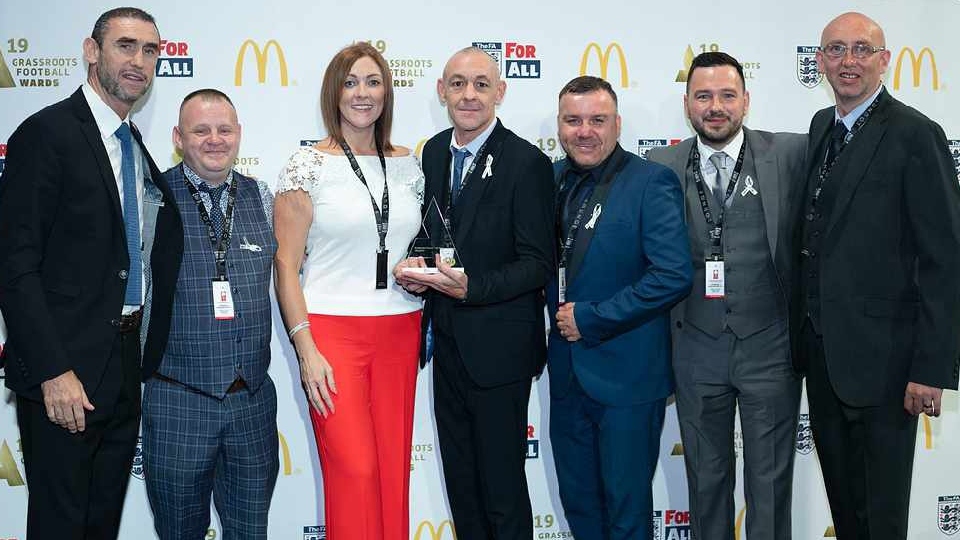 During these unprecedented and challenging times for football and society, the 2020 FA and McDonald’s Grassroots Football Awards provide an excellent opportunity to recognise and celebrate the inspired work of committed clubs and individuals that have gone over and above to have a positive impact on their local communities throughout the past year.

With this year’s closing date of Monday, May 18 fast approaching, McDonald’s ambassador Martin Keown is urging the people of Manchester to nominate their local grassroots heroes.

Since the awards opened for entry just over two months ago, thousands of deserving clubs and volunteers have already been nominated for their contributions to grassroots football.

The awards programme, which has been running for over a decade, contains a variety of categories which reflect the huge range of roles that volunteers play, including Coach of the Year, Club of the Year, Volunteer of the Year, Football Mum of the Year and Community Project of the Year.

The purpose is to celebrate the army of grassroots volunteers and football clubs all over the UK who go above and beyond to have a positive impact on their local communities.

FOLLO FC is a unique football club, formed by – and for – fathers who have suffered the loss of a child.

The club’s aim is to use football as part of the grieving and healing process.

It’s also passionate about raising awareness of mental health issues and uses its social media presence to create a platform for other men to get in touch and open up about their loss.

Colin Lee, from FOLLO FC, said: “Winning the Grassroots Project of the Year award was very humbling for all the dads at Follo.

"FOLLO stands for ‘for our lost little ones’ as all the players have sadly lost a child.

"Winning the award meant so much to us all and gave us a night we’ll treasure forever.

"The reception that’s followed has been incredible.

"Football clubs, MPs and the odd famous face have been in touch to offer their help and support to our project.

"The award has made a real impact – it’s helped us to spread awareness and reach more dads who are suffering.

“We’re proud to be a part of the grassroots football community in Manchester, and playing for our children makes our passion for the game all the more special.

"We’re so grateful we had the opportunity for our story to be heard and we urge you to get your nominations in.”

Former England International and McDonald’s ambassador Martin Keown added: “At what is a hugely challenging time for the whole country and football community, it feels particularly important to recognise the hard work and dedication of the volunteers who work tirelessly to support grassroots football in the UK.

"The FA and McDonald’s Grassroots Football Awards are a brilliant way to celebrate the efforts of volunteers all over the country who keep grassroots football alive.”

To nominate a grassroots football club or volunteer, go to: www.mcdonalds.co.uk/awards