Lowe on a massive high with historic WBC title victory 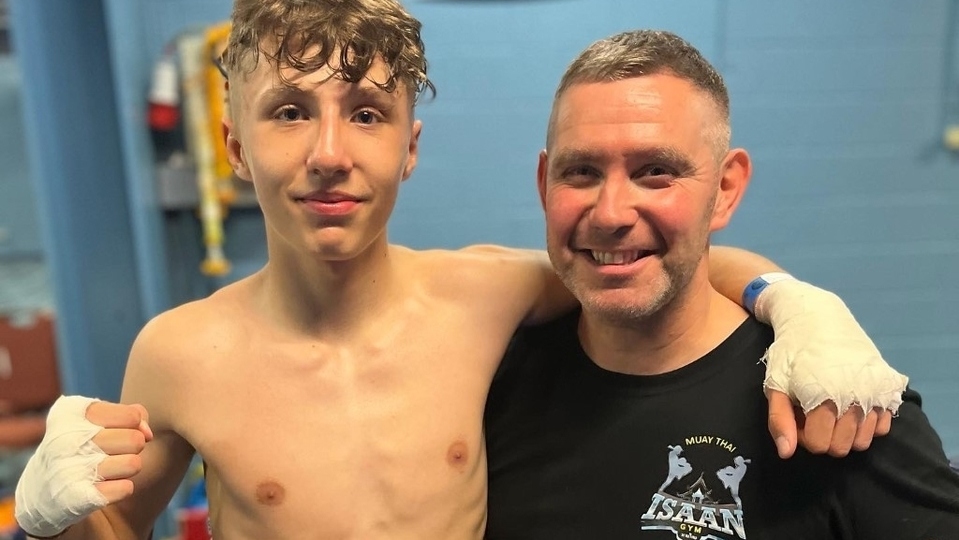 Four talented junior Muay Thai boxers from Oldham's Isaan Gym foughts on one of the biggest stages in the sport at Brian Calder's Supershowdown promotion at the University of Bolton Stadium at the weekend.

And in 15-year-old Tommy Lowe, Isaan created Oldham history as he became the first fighter from the town to win a prestigious WBC title.

Tommy, from Waterhead, put in a dominant performance as he forced a third-round stoppage of French fighter Nas to win the WBC European title.

Isaan Gym head coach Ste Donnelly said: "I'm so proud of Tommy - his knees where savage and he was too strong for his French opponent.

"I reckon a bit of history has been made as I believe that Tommy is the only fighter from Oldham who has won a WBC title belt, past and present.

"I am always proud of my boxers, but Saturday was extra special having a WBC champion from Oldham."

Elsewhere on the night, Danny Ferris, aged 14, put in a superb performance to take his first win for Isaan.

Danny has done it the hard way through hard work and dedication, so its onwards and upwards.

Tyler Scott, who is aged 12 and from Mossley, had a great fight against a boxer from Ireland.

However, his opponent was a little stronger in the later rounds which turned the fight and he took the win.

Leo Deakin, who is aged nine and from Royton, put in a brilliant performance in a great fight against the superb Freddie from Fortitudo.

This was a really well matched fight and it was nip and tuck going into the fifth round.

Leo kicked really well to the body and a few sweeps were enough to take the win.

This took his perfect record to seven wins from seven fights.