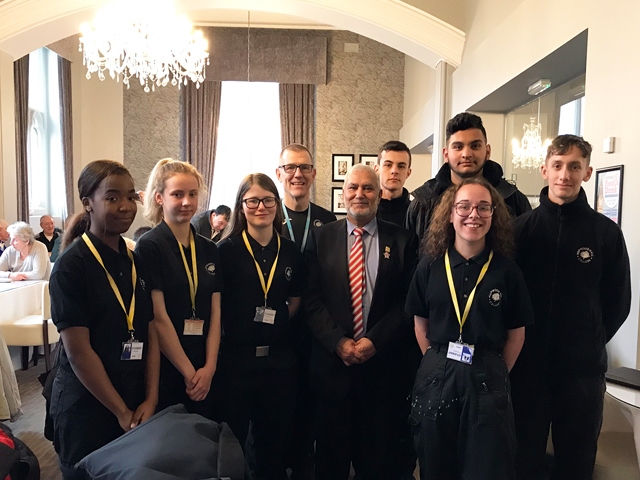 Many of the veterans served in WWII, others in more recent campaigns such as Iraq, Afghanistan, Bosnia and the Suez Crisis.

The veterans meet up for comradeship, support and a sense of belonging. The students were introduced to all the veterans before serving the breakfasts to all those attending. The groups then spoke to veterans/serving members about their experiences in the services as well as advise on a career in the armed forces.

At the end of the breakfast, students cleared all the tables assisting the Town Hall staff and met the Mayor of Rochdale, Cllr Zaman, who spent half an hour talking to them about their course and aspirations – despite originally only popping in to greet them.

The Mayor was so impressed with their commitment that he now wants to conduct a special project in the Rochdale Community to include Hopwood Hall College’s Uniformed Public Service Students before his term of office concludes.

Many of the veterans stayed behind after the Breakfast Club had finished to speak to the students and offer their advice. 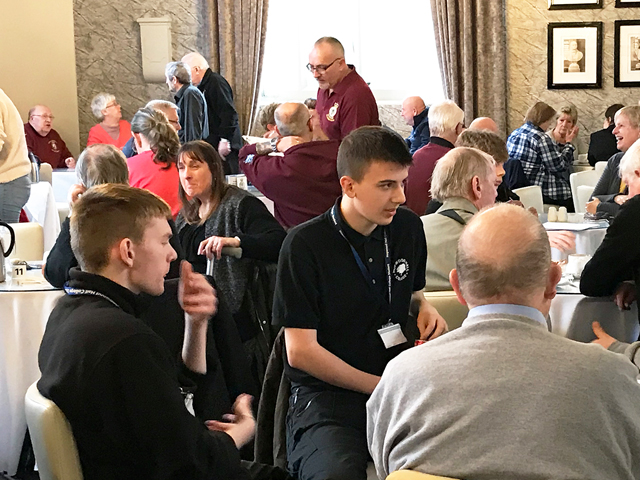 The students themselves also found the club a very rewarding experience.

Megan Stoker, 18, said,”I found it very emotional listening to the veterans talk about their time in the second World War, not realising that when they served they were the same age as us. It put into perspective what they had to do and how brave they were.”
Kira Lowe, 17, said, “We all had a great time, I was very humbled listening to some of the veteran’s experiences. I would like to come back again as it’s rare you get advice directly from people who have served in some of the hardest wars in history.”
Bradley Corby, 17, said, “I found the Breakfast Club to be a great experience, it makes me want to do more for our veterans. Speaking to them helped me realise what it takes to serve your country, whether that’s in the armed forces or in the police.”