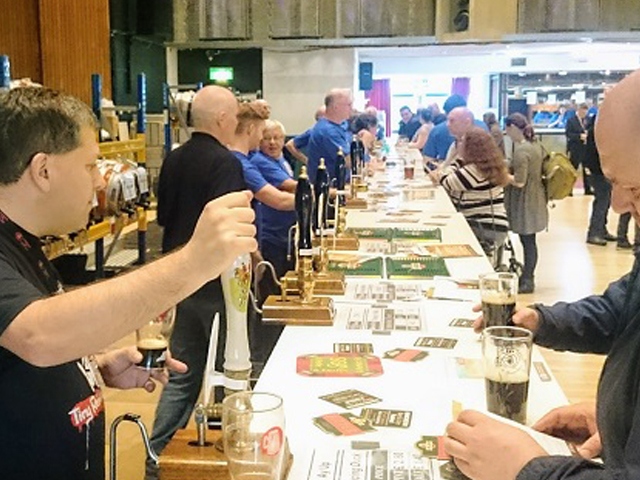 It's one of the highlights of the Oldham calendar. And this year, Inspiral Carpets' Clint Boon will be pulling the first pint at the Queen Elizabeth Hall as the popular Oldham Beer & Cider Festival rolls into town for two days next month.
The local indie star is usually found behind the decks these days as he is in big demand as a DJ and radio presenter. But festival organisers have persuaded him to get behind the bar and open the event by serving one of the mouthwatering ales on offer.
As you would expect from an event organised by the Rochdale, Oldham and Bury branch of the Campaign For Real Ale (CAMRA), the focus is on cask-conditioned beers with over 50 to choose from. Real cider and perry is also championed by CAMRA, so visitors can expect a great selection of traditional products.
Run to support the Mayor of Oldham's charity appeal fund, the festival is now in its 31st year. The Mayors of Oldham's charity appeal fund currently supports Dr. Kershaw's Hospice, Action Oldham, MIND, St Thomas's Church Werneth and Maggies Oldham amongst others. 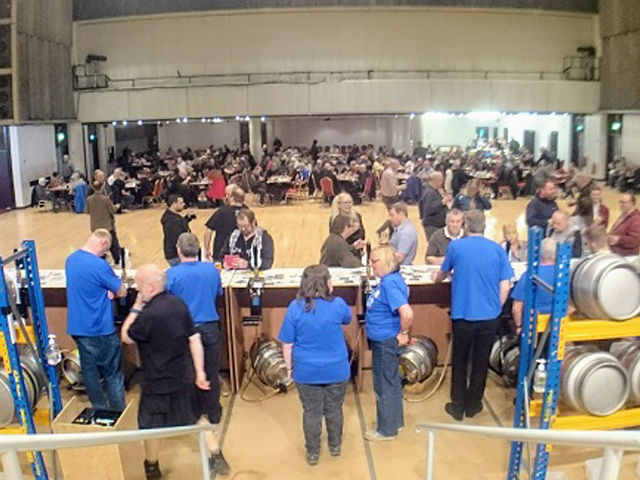 This year, there's a definite Scottish flavour to the event. Some of the best ales from as far north as Perth will be tapped and ready for lucky drinkers as 13 Scottish breweries showcase their beers. But they will be matched with 11 of the best local brewers including Brewsmith, Deeply Vale, Donkeystone and Pictish. There'll be Northern cider as well as the best of the traditional producing regions. And a carefully curated selection of foreign beers will complete the lineup.
There's a special treat in store for real ale fans. Bar manager Michelle Riley has brewed a unique beer with Moorhouses of Burnley which will only be available at the festival. It's promised to be a dark beer but organisers are tight-lipped about the recipe.
The festival is noted for serenading drinkers with a top local brass band. This year Dobcross Band will provide the Friday evening entertainment. And when the munchies strike, festival goers can enjoy top-class catering from the Quirky Catering Company.
Clint Boon said: "It's one of the more unusual gigs I'm doing, but I was chuffed to be asked. As a proud Oldhamer, it’s always nice to be able to help local charities. There’s a whole bunch of lovely volunteers who help put this event on, and as well as having a great time, drinkers will be helping raise much needed funds for those charities. I'll be there on the Friday to pull the first pint. See you there Boon Army!”
Organiser Peter Sheldon said: "We're delighted to once again be running the festival and supporting the Mayor of Oldham's charity appeal fund. Drinkers can enjoy plenty of beers and ciders including a stunning Scottish selection rarely seen in this area, but all at local prices. Our volunteers work hard to put on a festival renown for its friendly atmosphere – and plenty of seats!
"There's still time for local businesses and individuals to support this weekend by sponsoring a cask of beer or taking an advert in the programme. Just contact us on sponsorship@rob.camra.org.uk and we'll do the rest. It's a great event to be associated with!"
The Oldham Beer Festival is at the Queen Elizabeth Hall on Friday 5th and Saturday 6th April.