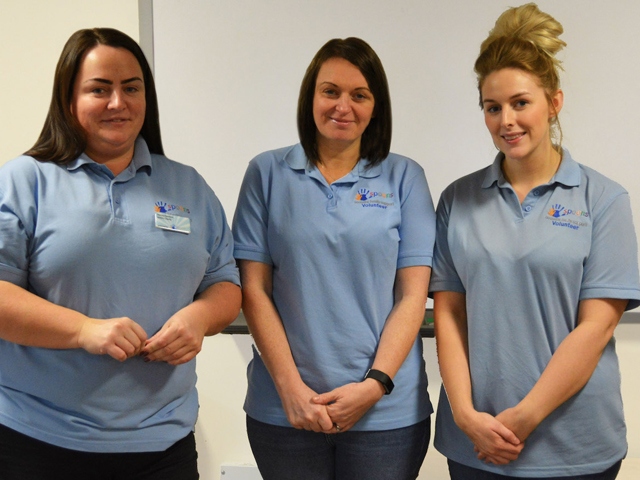 Kirsten Mitchell, the founder of neonatal charity Spoons, which works closely with the neonatal unit at Oldham Royal Hospital, has been named the Person with Purpose at the Northern Power Woman Awards.

Now in its third year, the awards scheme celebrates role models as part of a campaign to accelerate gender diversity across the North of England. Kirsten, aged 42, who lives in Middleton, was recognised for her pioneering work supporting families in neonatal units in Greater Manchester and beyond.

Kirsten set up Spoons three years ago following her own experience when her third child was born at 24 weeks.

Following a year of hospital visits, operations and her little boy supported by oxygen, Kirsten found out first hand just how traumatic having a baby in the neonatal unit can be – not just on mothers, but the whole family.

Spoons has worked closely with neonatal units across Greater Manchester, including Rochdale and Oldham, helping over 3000 families to date. Part of the service includes peer-to-peer support, and the charity was one of the first to provide this.

Kirsten, who was also named Northern Care Alliance’s Volunteer of the Year in 2018, said: “Every year, over 100,000 babies are submitted to neonatal units in England, Scotland and Wales. Whether the babies are full term or premature, it’s a worrying and often traumatic time for families.

“We’re committed to helping as many of these families across Greater Manchester as possible – not only with the practicalities of spending so much time in hospital, but the emotional and psychological support too.”