You are Here: Home » News » Community News » All change at Saddleworth round table AGM

All change at Saddleworth round table AGM 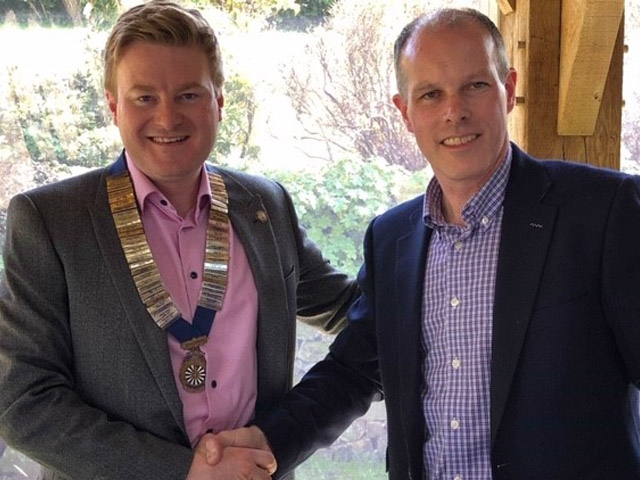 Stalwart community fundraisers were praised for raising a remarkable £22,173 for deserving local organisations in just 12 months.

The staggering sum was revealed by Richard Jones, outgoing chair of Saddleworth Round Table, at the club’s AGM.

“It’s a fantastic result and all the funds raised from our events are distributed back to local charities and good causes,” he said.

“This year has been a great  success and we’ve held some brilliant events — Santa Dash, The Christmas lights switch on Band in the Barn and a Comedy Night.

“I’d personally like to thank all our supporters, sponsors and everyone who attended the events and made them a success. Not only was it great fun but you also share a great  feeling knowing you’re raising money for charity — we can’t do this without you.”

However, Mr Jones said it had been roller coaster year and one of his personal highlights was representing the club laying the wreath at Pots and Pans on the centenary of Armistice Day. 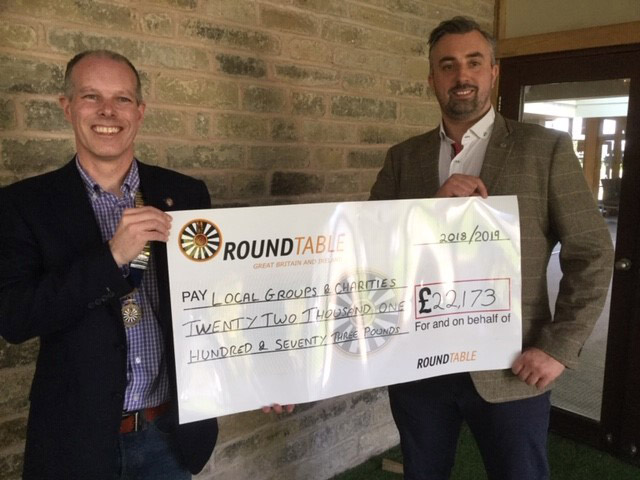 He went on: “It was also a sad year for the club and its members when we lost Paul Lowcock, Uppermill’s local butcher, and  a long standing round table member.

“Paul was the face of Saddleworth Round Table. He dedicated 15 years of his life to Table and played a pivotal part of everything  we did and stood for as a group.

“We’d like to thank all those who donated funds in Paul’s memory. We are delighted to announce more than £1,400 has been raised to date.

“Over the next few months we will discuss with  Paul’s family and the Uppermill Lights Committee how best we can put those funds to use to make Uppermill’s Christmas shine brighter than ever in Paul’s memory.”

Andrew Rothwell, 33, a cost manager and father of three from Delph, is the Round Table’s new chairman.

Presenting him with his chain of office Richard said : “Andy and his team have already got plans underway for our next fundraising event, Band in the Band in Saturday, May 18.

Mr Rothwell added: “Richard has had a terrific year and I’m planning to build on that taking  the club forward.”

The Band in the Band event to be heidi at Doctor lane, Scouthead, promises a brilliant night with Professor Fonque abd  the All-Stars with support from Marcus Sings and Natalie McGrath abd a DJ set from Howling Rythmn.

There is a bar with wine, processor and delicious ales from Donkeystone Brewery, plus street food.

Tickets are £20 and only available from facebook.com/SaddleworthRT

Saddleworth Round Table has a long prestigious history locally and if you’re a man aged between 18-45 wanting  to help raise funds for charity while having fun,  talk to one their members or contact the club through Facebook.