You are Here: Home » News » Community News » Cast for Jack and The Beanstalk announced

Cast for Jack and The Beanstalk announced 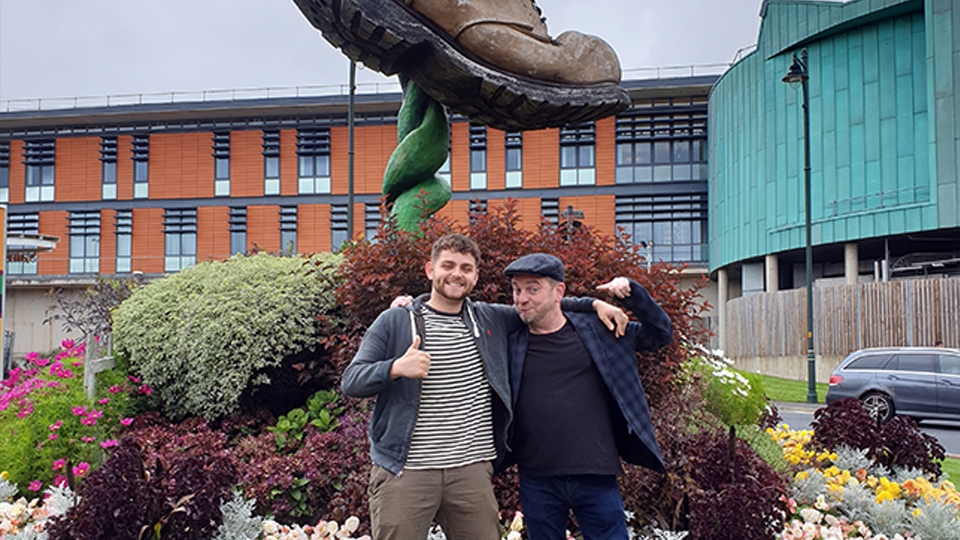 Pantomime season is just around the corner at Oldham Coliseum Theatre. The theatre has lined up a talented cast of familiar faces for this year’s famous festive spectacular, Jack and the Beanstalk, who will be putting the extra sparkle into Christmas in Oldham.

Richard commented: “Being an Oldhamer, the Coliseum panto was a big part of my childhood, I couldn’t imagine spending Christmas anywhere else. It’s an honour to be asked to play the Dame”

Richard is praised year on year for his boundless energy and skilful enticement of audience participation, both on and off stage.

At 2018’s cast visit to Dr Kershaw’s Hospice in nearby Royton he had patients and staff in fits of laughter as they shouted out his catchphrase from Cinderella.

With Richard stepping into the extravagant wardrobe of the Dame the theatre is thrilled to announce that Sam Glen will be playing the Pantomime Comic in Jack and the Beanstalk, the titular role of Jack. Sam will be familiar to Coliseum audiences from his previous role as Billy in the theatre’s hit production of The Kitchen Sink. Recently returned from a hit run of Letter to Boddah at Edinburgh Fringe Festival, Sam is also a previous member of Oldham Theatre Workshop and appeared on BBC1’s Take That musical audition programme, Let it Shine with Gary Barlow.

Last year’s Cinderella Shorelle Hepkin returns to play Jill marking her third Christmas season at the Coliseum. Alongside her pantomime prowess, Shorelle may be familiar to audiences as Kay Lawrence in CBBC’s BAFTA nominated teen drama Wolf Blood, in which she appeared in all four seasons.

Mitesh Soni returns to the Coliseum for his second pantomime season following his performance as Baron Boothby Mothwallet in Cinderella. Mitesh has recently completed a season performing in Twelfth Night, Henry V and The Borrowers as Grosvenor Park Open Air Theatre in Chester. In Jack and the Beanstalk he will be playing perhaps the most famous pantomime character of all time, the Pantomime Cow.

Previously seen at the Coliseum in a heart-rendering performance as Abbie Williams in the Northern Soul Award-nominated musical Bread & Roses, Sophie Mercell will be playing Grotton.

Sophie’s other theatre credits include The Ugly Duckling: Christmas Special at Hull Truck Theatre and Let Me Play The Lion Too at Barbican, London.

Another familiar face from hit Coliseum musicals, Jenny Platt returns to the Coliseum this Christmas to play Mavis Moorside and Good Fairy Greenfield.

Jenny played leading lady Mandi in the Coliseum’s musical ode to Oldham Athletic, Meat Pie, Sausage Roll, in Spring 2017. Soap fans will also recognise her from her previous role as a barmaid in the Rovers Return, as she played Violet Wilson in Coronation Street from 2004 - 2008.

Last seen at the Coliseum in 2010’s production of Sleeping Beauty Patrick Bridgman returns to Oldham to play Jill’s father, Lord Thickpenny Grabbmuch. Patrick appeared in five Coliseum pantomimes between 2006 – 2010. His recent theatre credits include Oliver Twist at Hull Truck Theatre and Hymn to Love at Theatre by the Lake, Keswick.

Oldham Coliseum Theatre’s nationally renowned pantomime has been putting the extra sparkle into the festive season for generations; with all the ingredients for fantastic family fun: hit songs, silliness, a sprinkling of fairy dust and a generous helping of It’s Behind You! With two fairies, a magic hen, a GIANT and a pantomime cow,  Jack and the Beanstalk is the perfect Christmas treat for kids and not-so-grown-up grown-ups.