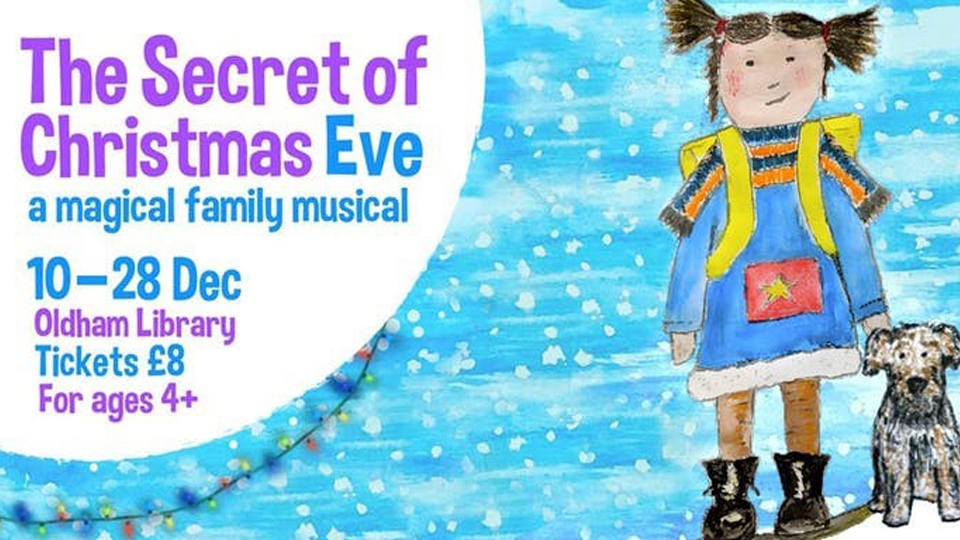 The show comes to Oldham Library from the 10th December.

After the huge success of last year’s ‘Hansel & Gretel’, Oldham Theatre Workshop are back with another magical family Christmas musical – The Secret of Christmas Eve.

A snowy night, a magical adventure and a little girl who unwraps a secret that will change Christmas forever.

With enchanting characters, original music and filled with breath-taking, on-stage magic- this show will be the perfect festive treat.

Writers Sarah and James trained together at the Royal Central School of Speech and Drama, where their first collaboration was featured at the National Student Drama Festival.

Since then, they have written numerous shows together.

Sarah’s recent credits include The Lost Story (M6 Theatre) and Letter To Boddah, which won the Bobby Award at this year’s Edinburgh Fringe Festival.

James’ recent credits include the current Christmas show of The Prince and the Pauper (New Vic Theatre and Astley’s Astounding Adventures and Around The World in Eighty Days (New Vic Theatre).

They collaborated on ‘Tis Written in the Stars (Oldham Coliseum), which was nominated for the Youth Panel Award, Manchester Theatre Awards.

The Secret of Christmas Eve will come to the Oldham Library betwen the 10th and 28th December.