You are Here: Home » News » Community News » Skills and artistry come to the fore

Skills and artistry come to the fore 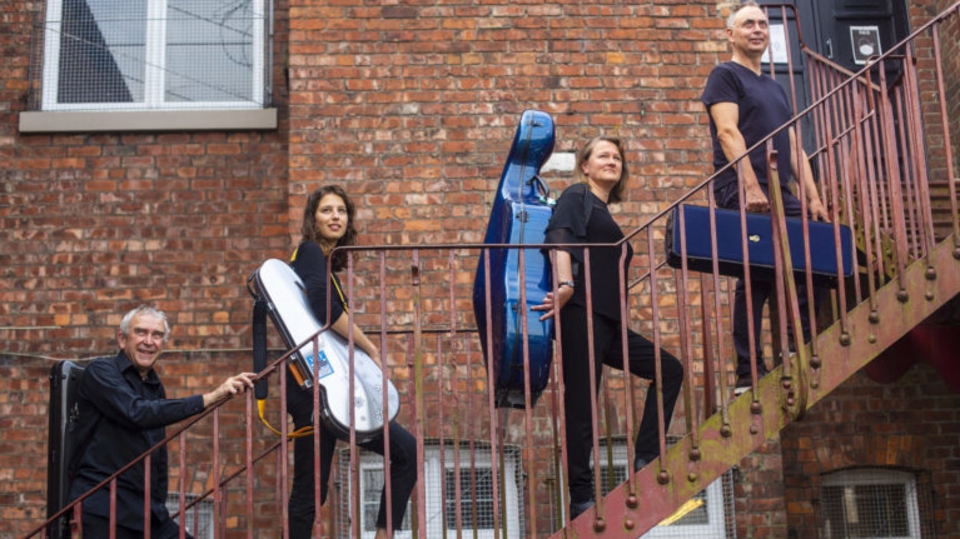 From high jinks Haydn to masterful Mendelssohn, the members of the Victoria String Quartet showed their class in a beautifully balanced programme of music which kept the audience enthralled throughout.

Violinists Benedict Holland and David Greed, Violist Catherine Yates and Cellist Jennifer Langridge brought their individual consummate skills and artistry together to perform four very different works with the maximum impact to be expected of such a wealth of expertise and experience.

Their first work was Haydn’s Quartet in B flat Op. 33 No. 4, one of the set of quartets which were to inspire Mozart to take further the expansion of the medium Haydn began by treating all four contributors to the musical discussion with equal dignity and freedom, and to lead on to Beethoven’s late quartet masterpieces.

This particular work is, like so much of Haydn’s music, immediately attractive and enjoyable in every way, as this performance amply illustrated.

Their second work had been scheduled long before the sudden death last December of the Rochdale Music Society Treasurer, David Woonton, a long-standing friend of the Victoria Quartet.

It was a poignant inclusion in their programme: Puccini’s Cristemi (Chrysanthemums), written on the night the composer’s friend, The Duke of Savoy, died in 1870.

With David Woonton in mind the Quartet gave a moving account of this tribute music with its elegiac impact - appreciative, not mournful.

They ended the first half of the concert with Britten’s Three Divertimenti, all that was left of a project the composer began with the intention of making a set of musical portraits of his former school friends.

It is unashamedly music designed to entertain, which they played with great panache, each making the most of their skill in manipulating their instruments in meticulous response to the composer’s ingenious - and sometimes unmusical (?) - demands.

The overall effect was deliciously OTT and sent the audience off to continue to relish it during the interval.

The second half of the concert was devoted to Mendelssohn’s Quartet in D major Op. 44 No. 1, a work of deep emotional strength and technical prowess, which could easily prove too much for less courageous and accomplished performers.

From the opening rush of blood to the musical brain in the upward thrusting theme played by the first violin to the final fling of the last movement’s concerted conclusion, it gives no quarter in its demands on the players and listeners alike.

That the audience was totally taken in by its appeal, wherever it took them through its varied and colourful musical landscape during its four contrasting movements, is a tribute to the vision and staying power of players who enter fully into the musical challenges and opportunities composers afford.

A very different kind of experience, but equally rewarding, is to be looked forward to in the next concert of the Rochdale Music Society on June 18 in Heywood Civic Centre.