You are Here: Home » News » Education » IT student Kieran makes his mark

IT student Kieran makes his mark 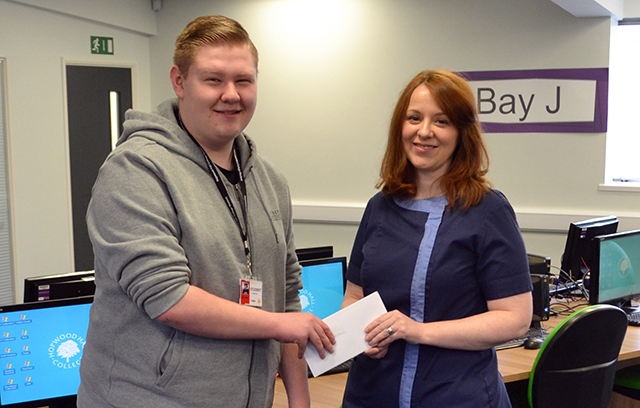 Kieran Cullinan, an IT student at Hopwood Hall College, found his web skills struck the right tone with the Rochdale Ear Care Clinic after they chose his website design to be their new official site.

After visiting Hopwood Hall College and seeing the ideas submitted by a group of students, the microsuction specialists chose Kieran’s design ideas as the site they wanted.

To create a website at a professional level, Kieran spent 10 weeks developing his ideas using software and techniques including HTML coding, CSS, Javascript and PHP.

His design is now the organisation’s official website and the Level 3 Extended Diploma in Computer Science student couldn’t be more proud of his work.

Kieran said of his achievement: “To see my work being used by a real business before I have even left Hopwood Hall is such a big accomplishment for me.

“Apart from it being gratifying to have professionals admire my work, the work experience gained gives me a really good head start on a career.

“I’ve really enjoyed working with the Rochdale Ear Care Clinic and I want to thank them for giving me the chance to prove myself.”

Kieran’s tutor, Namaan Mohammed, was similarly proud of his student’s attitude and professionalism:

He said: “Having already achieved a Distinction for the Web Design unit, Kieran took this opportunity to work on a live project and create a website for a local client using the skills he has learned on his course.

“I have been really impressed with Kieran’s positive attitude and his attention to detail.

"The final website demonstrates Kieran’s skills in web scripting and his mature approach to interaction with the customer, fulfilling the project to the highest standard.”